With this album being one of the cornerstones of my 1997 summer, you can attribute this post slipping my mind to my busy schedule. So with that being said, this retrospective is from my post on October 10, 2012, with new/updated thoughts in bold, plus I changed the look from the original post.

Sean Combs goes by many names (and I’m sure most of you know what those names are), but I’ll always refer to him as “Puff Daddy”, which is the name he went by in 1997. After the unfortunate death of The Notorious B.I.G. that year, most would’ve thought that would’ve been it for Bad Boy Records, at least on the hip hop side of things, and those who felt that way were indeed wrong. He was already a star in the making prior to Biggie’s death, but that star certainly grew as the summer of '97 arrived, along with his debut album “No Way Out”. But first, a story if I may. (You should've known one was coming, lol.)

A couple of weeks after this album was released, I went on a family trip to Orlando, Florida for one week (which I REALLY enjoyed). Most of the time during the trip, I couldn’t stop thinking or talking about this album (I surprisingly hadn’t bought it yet), and once I got back home, one of the first things I was going to do was buy this album, and that’s exactly what I did around the end of July! (More like mid-July.) I went to my local “Crockett’s Records Tapes & CDs” with a crisp $20 bill and made my purchase, and needless to say, I was happy as hell when I left the record store that day. That same CD I bought that day is the same one I still have today.

I’m going to dissect this album, and I just want to say that this is the “crowning jewel” in Combs’ discography, as NO other album he’s released since comes anywhere close to matching the quality (and production, which I realize nearly the entire album is sampled in some form) of this album. (I clearly was stating the obvious back in 2012, lol.) Easily his best album and it’s excellent. All songs produced by Puff Daddy & The Hitmen, except where noted

1. "No Way Out (Intro)"
A fairly standard way to begin the album. 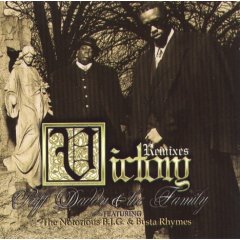 Wow, I still remember going absolutely nuts when I first heard this. This song has Puff’s best verse ever quite frankly, but when the beat drops and Biggie begins his verse, it was on from there. Add in the hype chorus from Busta Rhymes, plus an excellent sample courtesy of Bill Conti’s “Going The Distance”, this is classic material.
5 out of 5

3. "Been Around The World"
Featuring The Notorious BIG and Mase 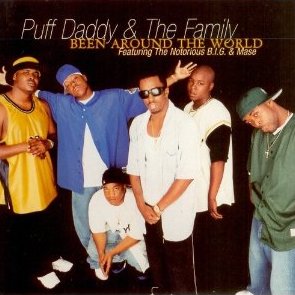 Very good song right here with Puff , Biggie  and Mase. I personally liked the forgotten remix a little better.
4 out of 5 (The nostalgia factor allows me to bump this one up to a "5 out of 5.")

Good Puff solo here. He’s not saying much, but the beat is nice. (I'm not sure why I said "he's not saying much", because the song does feature some decent storytelling from Puff.)
3.5 out of 5 ("4 out of 5" is more like it here.)

6. "If I Should Die Tonight (Interlude)"

7. "Do You Know?"
Additional Vocals by Kelly Price

Now this is what I’m talking about. Over a smooth Rashad Smith track, Jay-Z and Biggie absolutely steal the show on this one. (I was talking about this song with a fellow fan several weeks and made a comment about Jay having the best verse on this song, even with Biggie present. I agree.) All things considered, Puff did his best by trying to keep up with those two legends lyrically.
5 out of 5

This was one of the first songs for Black Rob to shine (his only appearance on this album), and he did quite well. At first I didn’t care too much for it, but it grew on me after a while.
4 out of 5

9. It’s All About The Benjamins (Remix)
Featuring The Notorious BIG, The Lox and Lil' Kim 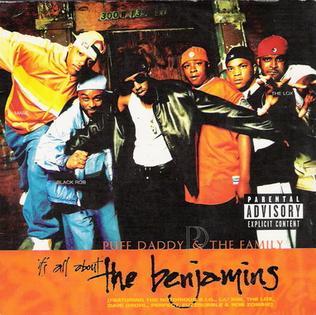 Another classic. Who can forget that classic beat, along with Puff’s opening, “what y’all wanna do, wannabe ballers, shot callers, brawlers”?? This was arguably the best song of the year, and it’s certainly one of the most memorable for me that summer. Puff, Jadakiss, Sheek, and Lil Kim turned in great performances on the mic, and Biggie’s verse ended the song perfectly.
5 out of 5

This one was kind of forgettable. Not wack, but nothing memorable.
2 out of 5 (3 out of 5)

11. Is This The End?
Featuring Ginuwine, Twista and Carl Thomas

I was kind of surprised to see Twista on this album. Either way, good song which also featured Ginuwine and Twista.
3 out of 5

12. "I Got The Power"
Featuring The LOX
Produced by Jazz, Co-Produced by Puff and Stevie J.

This was more or less a showcase for The Lox, and it was a very good one.
4 out of 5

Puff and Foxy Brown had good chemistry on this one. I still think that Puff’s first verse should’ve been last and vice versa.
3.5 out of 5

I never cared too much for this one, and to this day I’ve only listened to it once, which was the day I bought it. (I had this in my ride a few weeks ago, so I did listen to it again. It's not great, it's not bad, but just ok, nothing memorable.)
2 out of 5

17. "Can’t Nobody Hold Me Down"
Featuring Mase 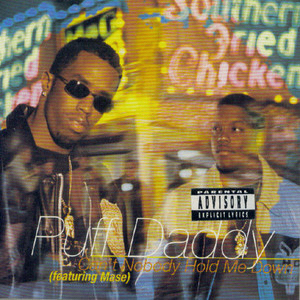 I guess it was a good thing Mase wasn’t all over this album, lol.  (I'm not sure why I was hard on Mase right here, but his presence on one or two more songs wouldn't have hurt things.) You would think that “I’ll Be Missing You” would close this album (That song would've been fine as a closer too, but this album didn't close on an anti-climatic note overall.). Time hasn’t been kind to this song for many reasons. (Wow, did I have a headache or something to make me shortchange this song so much, lol? Some heads may not have liked the obvious nod, or biting depending on your perspective, of Grandmaster Flash & The Furious Five's classic "The Message", but the song works for what it is and during my 7th grade year in middle school, this was a hit at the time.)
2 out of 5, and that’s because of the beat. (As a song, it's a "4 out of 5", nostalgia wise it's a "5 out of 5", so we'll go with the split here, "4.5 out of 5.")


I can still listen to this album today and be put right back into the summer of 1997 just like that. That's one of the keys to a great album and "No Way Out" still holds up today. (4.5 star album and again, one of the cornerstones during my 1997 summer. Strong nostalgia.)
Posted by Wayne M. at Saturday, July 08, 2017