This marks the debut studio album of Mr. Pete Rock. 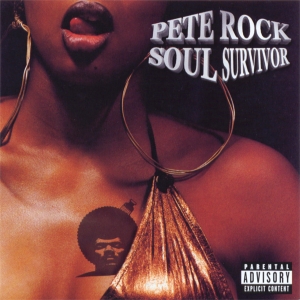 
All songs produced by Pete Rock, except where noted

1. "Soul Survivor Intro"
The album starts with a respectable number of shoutouts, as we head right into..... 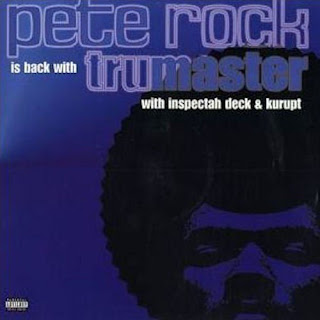 "Savagely attack this, clash wit accurate aim/Spark the flame, burn this and pop a vein/Ride tracks like the Soul Train, hold ya brain/In the state of shock, make em drop, it's a cold game" -Deck

I remember when me and my long time friend Shaun saw this video for the first time, he went crazy when Deck's opening verse dropped due to how dope it was. Pete's verse good, but man, revisiting this, what was up with Kurupt? I mean, his verse wasn't wack, but it wasn't tight either (more sub-par than anything else). This same thing happened when he and Daz linked up with Heltah Skeltah the same year for "Brownsville II Long Beach." All in all, a dope song with a plethora of well timed samples, but minus .5 for Kurupt's verse.
*4.5 out of 5*

This "Mount Vernon/Shaolin fluid" flows SO well. Pete was at home, naturally, over this production, but Meth just kills it with his rugged yet smooth lines and you can tell he was feeling this too. Such a dope song and the highlight of this album.
*5 out of 5*

It's all about respect on the mic as Pete links up with OC, another (still) underrated talent. Very good song here.
*4 out of 5*

So, what do you get when you combine talents representing Mount Vernon, Shaolin and Queensbridge? A hell of a collaboration and not one minute of the 4:59 was wasted that's for sure. Tight stuff here.
*5 out of 5*


Backed by some quality production, well timed/classic samples and three DOPE verses, this was indeed a winner. Pete really shows what he can do on the mic with this appropriately titled joint.
*5 out of 5*

Lord Tariq, who has the best verse here, and Peter Gunz brought their Uptown flava straight to Mount Vernon for a good collabo with Pete.
*3.5 out of 5*

9. "It's About That Time"
Featuring Black Thought and Rob O

1/2 of The Roots crew and 1/2 of INI comes through for a dope session with the #1 soul brother. The simple yet effective premise of dope beats and rhymes is on full display here.
*5 out of 5*

Definitely live it up when you're here, no doubt about that. If you're thinking that Eiht and Pete was a clash of styles, you couldn't be more wrong. Pete brings a soulful sound that connects very well with the West Coast style of Eiht.
*4 out of 5*

"Relax yourself and let your conscious be free/You're now vibin to the sounds of P-E-T-E", yes I made that up on the spot, lol. With 2/3 of British soul band Loose Ends along for the ride, we're treated to quite the laid back, smooth sound from Pete. After two somewhat brief verses, in a touch I always like, they simply let the beat ride out with the words not even close to serving as a distraction.
*5 out of 5*

The smoothness continues with this one here, definitely a joint for the ladies, but not too mellow for the fellas. Good song.
*4 out of 5*

Pete's soulful song stressing the importance of survival, whether it's music and/or life in general, is quite good, possibly the deepest song on the album.
*4 out of 5*

Mecca and the soul brother reunite and essentially take it back to the essence, by way of 1992 when their "untouchable fashion" got its start.
*4 out of 5*

Nore collaborated a lot with Pun back in '98 didn't he, lol? Decent joint here, nothing more or less even with the level of talent involved. I didn't like this one as much as I should, but that's mostly because of the beat (it's not bad, not great, but right there in the middle).
*3.5 out of 5*

Pete was only on the hook here, but he did let Tragedy, Cappa and Sticky catch wreck on this one. What makes this one stand out is the dark sounding production, showing that Pete could switch things up.
*4 out of 5*

"Soul Survivor" closes with a very good blend of hip hop and reggae featuring the late Heavy D and Beenie Man.
*4 out of 5*

This was an excellent album from Pete Rock, sheer quality (almost no filler to be found here). Although the lyrics were in top from from Pete as well as the majority of the guests, the production was the "star" of this album. Pete kept things balanced with something for everyone, coming with sounds ranging from smooth/mellow/laid back, hardcore, boom bap, you name it. In addition, the album was a success for Pete, peaking at #9 on the Billboard's "Top R&B/Hip-Hop Albums" chart and #39 on the "Billboard 200." With all this said, a strong recommendation for Pete's debut, clocking in at a solid 4.5 star rating.
Posted by Wayne M. at Monday, November 28, 2016