Release date: November 22, 2010 (I copped this on its release date along with Kanye West's "My Beautiful Dark Twisted Fantasy.")

For this opener, I could've done without Yayo's verse, but Banks brings his usual (but still good) verses. Not really the aggressive song you would expect considering the title, but it makes its points.

Most of you reading this probably recall the beef between G-Unit and D-Block, which in my view was really a one sided thrashing because when it came down to it, G-Unit were no match for D-Block, especially on the lyrical level. After a couple of years or so, cooler heads prevailed and the beef was settled, starting with a 50 Cent and Jadakiss collabo (I can't recall the title plus there's no links on YouTube for some reason) and from there we got this dope one with Banks and Styles. For two men who were once adversaries, they sure had some nice chemistry on this one.
*4 out of 5*

50 was relegated, so to speak, to hook duties on this one, your standard G-Unit fare, but still pretty good, especially Banks' opening verse.
*4 out of 5*

When there are situations beyond your control or not, you can't escape where it all begin: the home, but you can also make the case that Banks and Pusha are talking about the street life as it related to where they're from, sounds fair to me. Another very good song here.
*4 out of 5*

Man, going back to 2010, this song right here was definitely one of the hottest things out and certainly a popular beat for freestyles at that point. When Banks said "this is a club record with a lot of energy," he wasn't lying. Fresh, fly, cool and calm not only describe the luxury cars in the song's title, but it describes Banks and Santana's flow throughout this banger, the latter of whom delivered his dopest verse in a long time. In addition, with no real promotion to speak of and very moderate radio play, this song hit #49 on the "Billboard Hot 100" chart, later becoming Certified Gold. DOPE stuff here.
*5 out of 5*

6. "So Forgetful"
Featuring and produced by Ryan Leslie 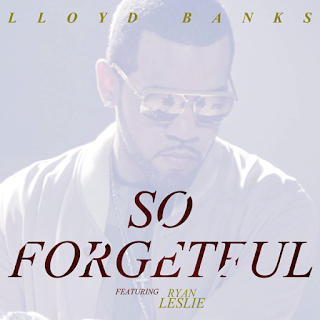 I'm sure Banks would be the first to tell you he likes, no, he loves women and lots of them, and considering the many encounters with women since he became a star, I'm also sure he would be the first to tell you that he doesn't remember half, if not all, of the women he's dealt with over the years. That's the basis of this song, less of a story being told if you ask me.
*3 out of 5*

In an interview with ballerstatus.com, Banks talked about this song:


“I got a record called ‘Father Time.’ It’s a record that basically touching on all the things that people may have wanted to know. It answers questions like between the deal situations, how I’ve been holding up, and what my inspirations are. It touches on all of that. It’s basically stamping my spot. I think that was my one to solidify my spot. In the beginning, it’s one thing to have a hater-free entrance – it’s one thing to win when everybody wants you to win. It’s another thing to win when people count you out. I needed a record to express that [and] to vent out a little bit. I used that record to do it. The chorus is basically speaking out on me, knowing that I possess what it takes for me to make it. It’s more confident.”

Even with these words from Banks in reference to this song, there's not one thing, other than the production, that would separate it from any other song like it from his debut album and even "Rotten Apple" for that matter. It's decent, nothing more.
*3 out of 5*

This song brings back a few memories, mainly because my son Jaheim really like the Swizz performed hook (and that's ALL Swizz needed to do here was the hook, NO verse was needed). This was probably the last time that Banks had any presence on the radio and I feel a large part of that was due to the Kanye feature, who was on a roll at this point in '10 (plus his 5th album dropped the same day this one did as mentioned). In some additional facts, Banks stated that this was originally was a collabo with himself and Fab, but a couple of more things led to the other and Kanye, Swizz and Ryan later joined the set. Needless to say, Banks and Kanye come with tight verses, but I feel Fab steals the show. Tight stuff here.
*5 out of 5*

Chances are if you've heard any "ghetto celebrity" songs, you've heard them all. This Akon assisted song is decent, but nothing we haven't heard before. "Ain't nothin' changed" is fully accurate here.
*3 out of 5*


10. "On The Double"
Produced by The WatcherZ

Yes, Banks wants "a double" of everything he can get, it doesn't matter if it's women, cars or drinks. That's about it right there.
*2 out of 5*

This was another joint for the ladies, in which Banks and Lloyd (on the hook) essentially use their materialistic possessions to say "they can have any girl they want." I mean, I'm sure some girls would buy that, but overall I could've done without this song.
*2 out of 5*

12. "I Don't Deserve You"
Featuring Jeremih
Produced by J.U.S.T.I.C.E. League 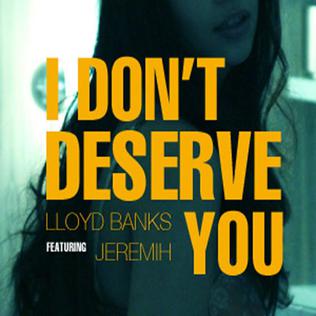 Even though this one is for the ladies too, it's very good and it does show an apparent maturity in Banks. Previously when it came to the ladies, you know that Banks would take whomever he could get, no questions asked, but here he takes a different approach. Even with his qualities to please a woman, he recognizes those same qualities in the next woman, so rather than go for it so to speak, he simply says "do your thing, don't let me get in the way, I don't deserve you." At the end of the first verse, he says, "here's your heart before I break it" and at the end of the second verse, he says, "you deserve way more than that, I'll just fall back." Two good verses from Banks and a nice Jeremih led hook over a GOOD J.U.S.T.I.C.E. League production makes this one a winner.
*4 out of 5*

Banks and Rae usually have very good chemistry together, however, this closer was not one of those moments. Granted, the song is decent and I get the theme/message of "living life until your dying day," but something about this didn't click that much with me, plus Franks Dukes' production was like a modified version of Eminem's "Like Toy Soldiers."
*3 out of 5*

In what could be seen a step down from its 2004 predecessor, "H.F.M. 2" debuted at #26 on the "Billboard 200" chart, moving 49,000 units in its first week and I'm not even sure if it even approached Gold. Banks would later state that he couldn't find his album in any of the major retailers; not sure about the Best Buy pick considering the bonus tracks, then again I didn't see it in my local Best Buy when I copped Kanye's album, necessitating the trip to the nearby Target, Wal-Mart I could believe, and this was attributed to the label EMI under-shipping the album. As mentioned before, physical album sales would begin to decrease around this time and digital sales were on the up and up). This was also during a time when "hip hop sequels" were the order of the day, especially after the critical success of Raekwon's "Only Built 4 Cuban Linx... Pt. II," but at the same time, I don't think many people were anticipating this one, even the hardcore G-Unit fans. The album has its share of dope moments, with a dose of filler to be found, and while it's not better than "HFM," it blows "Rotten Apple" out of the water. It was heading into 4 star territory, but in the end, I'll give this a very solid 3.5 star rating. Post-HFM2, Banks would largely contribute in the form of several dope mixtapes, all of which I recommend and the links will be posted below. And looking back, while 50 was certainly the star of G-Unit, Young Buck was good, Tony Yayo was, uh, not, Banks was the most underrated of the crew, even with the success he had. This "3 part series" was my way of showing mad love to Banks for his contributions. In addition to the recommendation of the following mixtapes, check out both versions of "HFM" and only check for the highlights on "Rotten Apple." Banks, thank you! 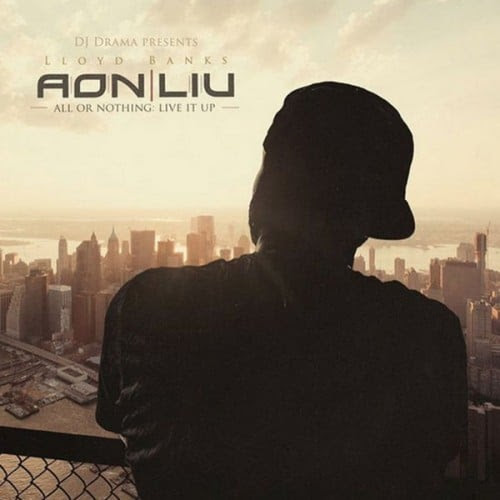 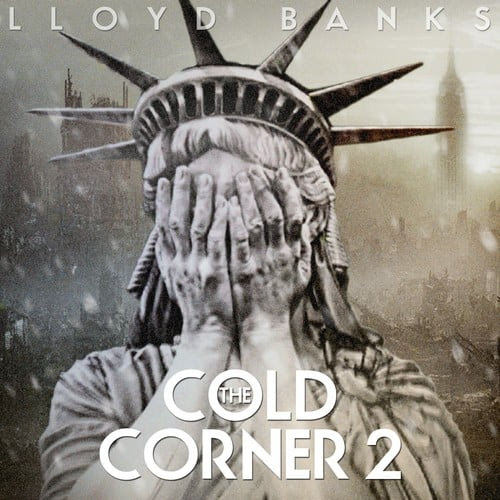 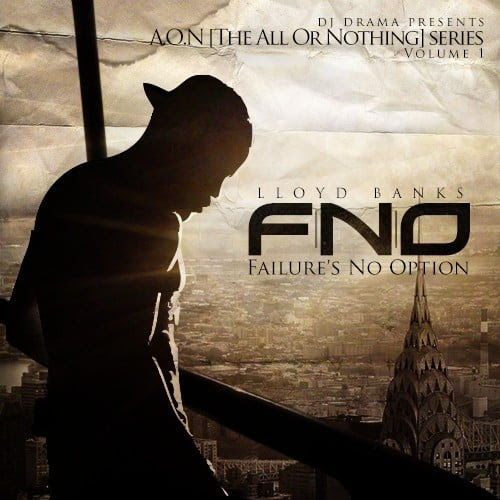 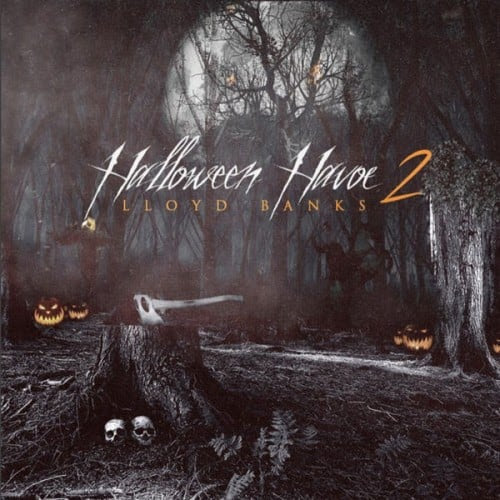 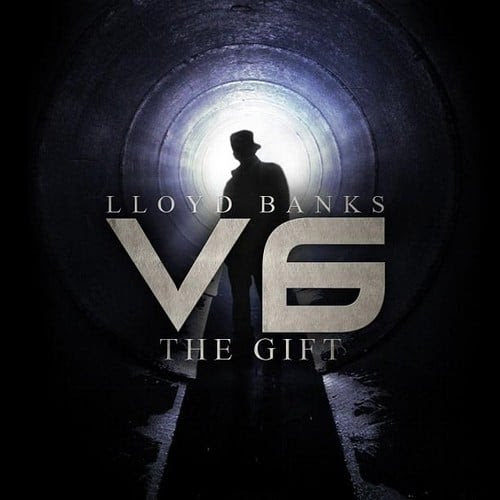