(As mentioned on the blog before during the "2 In 1" session on the two G-Unit albums, the original title of this album was to be "The Big Withdrawal," however, during an "encounter" with two women, an unmastered copy of the album was lost and later leaked. And of course Banks had to record new material. Um, Banks, I know you were obviously excited in more ways than one, but you gotta be a little more careful. I'm sure a lesson was learned there. Anyway, let's get to Banks' sophomore album.)

Right off the bat, there was a very noticeable change with Banks' voice. I'm not sure what happened, but his voice sounded different from the voice on his debut and to this day he still sounds like that. It's not a distraction or anything, just wanted to comment on it. As for this opener, definitely a bangin' way to start the album. Banks and 50 bring the usual aggressive, G-Unified bars, but Prodigy, himself and Havoc part of the crew at this point, said nothing of note.

Banks is "slick enough to get money between raindrops" on this apply titled song. Yes, once you've heard a song about survival, you've heard them all, but if done right, like what Banks presents here, we tend to get a very good song out of it.
*4 out of 5*

Off all the songs to give the "part 2" treatment from his debut, "Playboy" was the last one that should've been selected. It's ok, but Ron Browz beat is busy as hell and it takes away a lot from this one.
*2.5 out of 5*

I've always liked this one a lot. Clocking in at 2:46, it's brief, but it makes it's points. "Cake," in this instance, is another term for money, but as you listen to the song, also with a well timed sample courtesy of Triumvirat's "I Believe," you'll hear that "cake" could be applied in additional forms. For example, a "cupcake," as defined by Banks, is someone who "starts beef then runs straight to the cops, the cupcake of the block". Dope stuff here.
*4 out of 5*

This may be the standard G-Unit fare at this point, but Banks saves this one from being forgettable by flowing quite nicely to the beat.
*3.5 out of 5* 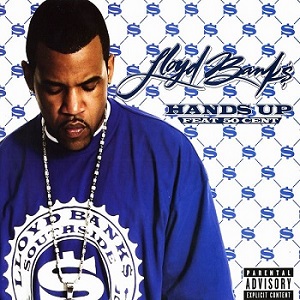 This could as also be viewed as the standard G-Unit fare with it's clear aim at the radio and TV, but this joint is pretty good. Banks is gangsta, but still relatively smooth with it. Also, when it came to his videos, he certainly loves a lot of women (nothing wrong with that and it's the same case with the next song), because he damn near loaded his videos with them, especially during G-Unit's prime. This song didn't take off like they probably wanted it to, but it's still good.
*4 out of 5*

The ladies would like this one more than the fellas because it's 100 percent for them, plus it's a much better song than "Karma," even though that's not saying much. The brown and sexy Keri Hilson lends her talented presence to the hook.
*3 out of 5*

The only drug in Banks' world that has him addicted is the music, nothing more to say on this one.
*3 out of 5*

This is another song about money, but we have heard this before, and done better quite frankly. In addition, the legendary Rakim is ONLY on the hook here, doesn't spit a verse at all, which is crazy considering his guest appearances were already rare at this point. Then again, I'd want to hear a Rakim verse over something with more substance than just money. Let's keep it moving.
*3 out of 5*

Everything about this song, even with Banks involved, sounds like something out of the Mobb Deep playbook. It's ok, but Banks and Prodigy unfortunately say nothing of note or anything to distinguish this from similar songs with the same theme.
*2.5 out of 5*

Again, nothing bad, and even with the apparent theme of "you think you may know me, but you don't," this sounded more like something 50 would make.

12. "Change"
Produced by Prince and Machavelli

Well, one thing that did change when Banks (and 50 to a fuller extent) emerged on the scene was the mixtape game. Other than that, decent song here.
*3.5 out of 5*'

We have all heard songs about how it goes down in New York City. This effort from Banks and Yayo, the latter says nothing of note as you would guess, is not great, not bad, but somewhere stuck in the middle and stays there.
*2.5 out of 5*

This is another song where Banks makes it clear to the ladies that he's not the "one woman type" and he literally makes no secret about that. Also, a good portion of my rating goes to 9th Wonder's production, featuring a nice sample courtesy of Carolyn Franklin's "As Long As You Are There."
*3 out of 5*

You can listen to this and tell Banks a bit more inspired surrounded by this Southern talent. All involved come with good verses, but in my view, 8Ball had the best verse here, even on a song with Scarface. Definitely the best song on the album.
*4 out of 5*

I'm not sure what Gilmore is referring to, but the only thing I can say is that this song closes the album on somewhat of an anti-climatic note.
*2.5 out of 5*

To say that this album was a step down from "The Hunger For More" is a total understatement. I'm not sure what happened, but Banks was not as sharp this time around in '06 like he was in '04 and the same can be said for the album's production as well. There are some highlights here, namely "Iceman," "The Cake," the title track, "Survival" and "Hands Up," but even those are not enough to save this from a 3 star rating.  As documented on this blog, the proverbial bloom was on its way to coming off the G-Unit rose at this point, so the unfortunate lack of quality found on "Rotten Apple" was not a surprise to most.