The Banks Statement Part 1: The Hunger For More

I first heard Lloyd Banks on 50 Cent's "Get Rich Or Die Tryin" ("Don't Push Me" to be exact) and it wasn't until a few months afterwards that I heard some of his mixtape appearances, including a rather memorable spot while he really went in on Puff Daddy's "Victory" instrumental. As 2004 arrived, a few people I know were really hyping this man, almost as if everything he spoke on turned into lyrical gold. I found myself taking a liking to him rather quickly, and that leads us into this first of a 3 part series on Banks' three studio albums, entitled "The Banks Statement." (I'm certainly aware of his mixtapes, as well as his most recent one, "All Or Nothing: Live It Up," and although I normally don't review mixtapes, I may make an exception to this rule depending on the reception of this 3 part series.) 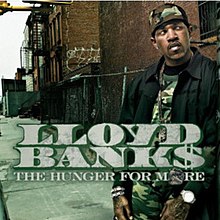 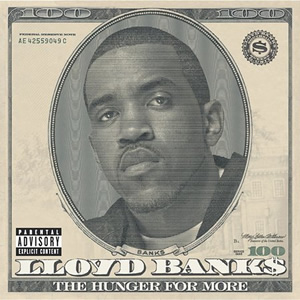 Release date: June 29, 2004 (The "special edition" of this release, the second cover above, included a bonus track, "Just Another Day," and a 25 minute DVD. And this also dropped 4 days after my 20th birthday. Fun fact there.)

"I put a ring on every finger but the rats still askin'/Cause there's one on all of mine, I'm the rap Phil Jackson/I built the rep for murder on every Whoo Kid, Kay Slay and Big Mike/admit it the kid tight"

"Go head, try to do me harm soldier/And you'll be in a black bag like grass out the lawnmower"

Average verse from Yayo and his lame attempts at being a hypeman aside, this was a dope, Havoc produced opener, featuring equally dope bars from Banks while bigging up his G-Unit crew in the process.
*4 out of 5*

"You niggas wasn't quiet, meet the whales and the fishes/You link the precinct up, play tattletale wit the snitches"

"I do this for the hood, niggas stuck in the slammer/I smile cause I'm good, you act tough for the camera"

"So tell your homie chill, you know I hold the steel/Everything be jabs and hooks, and you ain't Holyfield nigga!"

If Banks is/was a playboy, he's an aggressive one and that really comes across in his bars here. At first I wasn't too crazy about the beat, but it grew on me because of how Banks worked it throughout the two verses.
*4 out of 5*

He won't run or snitch, he won't shit on his fam, he's a grown man (no bitch in him), he won't change cause he rich, he won't fold under pressure, he'll sacrifice if he has to: all of these things, along with the aggressive bars, make Banks a warrior.
*3 out of 5*

4. "On Fire"
Featuring 50 Cent
Produced by K1 Mil (aka Kwame), Co-Produced by Eminem 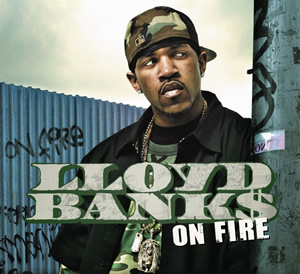 50 wasn't credited for some reason, but that is him on the hook along with Banks. You can say this was "vintage G-Unit" right here, featuring the elements that had them consistently on the radio at this point: catchy hook, slick production and charisma on display. This worked like a charm, hitting #8 on the "Billboard 100" chart, his highest charting single to date.
*4 out of 5*

5. "I Get High"
Featuring 50 Cent and Snoop Dogg
Produced by Hi-Tek

"It's just one of them things I do wit my spare time/My bad habits ain't private, I'm gon share mine" -Banks

Can't you LOOK at this title and tell what this song is about?? This song is another one of those for the smokers that I like, and as I've mentioned before, even though I'm not a smoker, I can see why certain songs bump the way they do. Snoop links back up with the Unit after the "P.I.M.P. remix with 50.
*4 out of 5* "When I travel, I know I'm gon get stuck/Cause they harass us in the airport like I'm the one that's blowin shit up"

"My name ring each state/So you ain't gotta go all the way to L.A. to get ya MC ate (Eiht)"

This appropriately titled song is Lloyd Banks in a complete nutshell and I would say this is probably my favorite song from him. Over a NICE Timbaland/Danja production, Banks merges ill punchlines with such a touch of unmistakable bravado and confidence that undeniable ("Banks is cooler than the other side of the pillow"). Dope song here.
*5 out of 5*

Banks and Buck indeed work magic, in a G-Unified and aggressive fashion, over a drum & horn laced, Scram Jones production.
*4 out of 5*

8. "If You So Gangsta"
Produced by Chad Beat and SHA MONEY XL
Additional Vocals by May

Well this was definitely a noticeable step up from the previous version based on this lineup. 50 and Banks played their lyrical warrior parts well, the late Nate brought his usual goods on the hook, but man, Em dropped such a tight verse, which was no surprise. Very good song.
*4 out of 5* 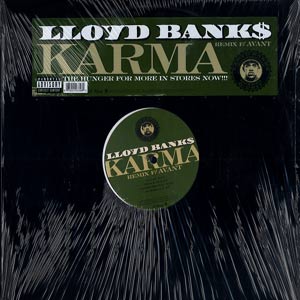 This song was for one group of fans and one group of fans only: the ladies. Even though that's the case, I never really truly was a fan of this song. I mean it makes its points (again, it's for the ladies), but that's about it. Interestingly enough, Avant was on the radio/video version of this song, but KC appears on the album version.
*2 out of 5*

11. "When The Chips Are Down"
Featuring The Game
Produced by Black Jeruz and SHA MONEY XL

This, along with "I'm So Fly" would make my top 5 favorite Lloyd Banks songs. The beat is such a thumping one along with a well placed sample courtesy of 10cc's "The Dean and I." It's a shame that Banks and Game haven't made more songs together because they had some very good chemistry on this one.
*5 out of 5*

Man, Banks had the potential to showcase some storytelling skills on this one. It seemed like he had that idea in mind with the first verse, however, the second verse kind of continues it, but it ultimately ends up going nowhere, and the third verse was basically more of the same.
*3 out of 5*

Another standard G-Unit type cut right here, nothing more or less. Banks could've came with something a little more deep though.
*3 out of 5*

14. "South Side Story"
Produced by The Diaz Brothers

Speaking of storytelling, we do get that in some form from Banks on this closer. During the first and second verses, he goes into details about two senseless murders that took place in South Side. Whether these stories were based in reality is still up for debate, but Banks comes with a more serious tone here than on any other songs on this album, which is an obvious thing considering the subject matter.
*3.5 out of 5*

Months before this album dropped, at a previous job I held, I remember a friend of mine named Tee was talking about Banks. He sort of dismissed him, stating that "all he do is spit metaphors." I mean, he did that to a degree, but this debut album showed a little more. Sure, this is what you were getting from G-Unit at this point, but he proved he could hold things down on the solo tip. He came with very good lyrics along with dope production to match. With G-Unit being on such a roll at this point and "On Fire" blazing radio and TV, "The Hunger For More" debuted at #1 on the "Billboard 200" chart, moving a respectable 433,000 units in its first week, going on to achieve a Platinum certification. So, Banks was on the right track heading into 2006's "Rotten Apple." Would this same momentum remain? We shall see on part 2 of "The Banks Statement." Stay tuned! Oh yeah, 4 stars for "The Hunger For More."
Posted by Wayne M. at Monday, October 24, 2016