When I think of Grand Puba, not only does Brand Nubian come to mind, but I also think of the word "smooth." This man had one of the smoothest flows you'll ever hear from an MC, although this would be challenged by Snoop Dogg and a few others. After the release of the classic Brand Nubian album, "One For All," Puba would embark on a somewhat successful solo career. In addition to working with Mary J. Blige on "What's The 411?" and displaying great chemistry with her in the process, he would release his debut solo album, "Reel To Reel," on October 20, 1992, a very good album with classics such as "Check It Out", which also featured Mary J. Blige and "360 Degrees (What Goes Around)." He wouldn't return to the scene until 1995, releasing his sophomore album, "2000," and I do believe he was one of the first to be on the "millennium" theme long before everyone else was on it. Again, we're heading back to 1995 for another revisit and of course my favorite year in hip hop history. (Nostalgic moment: In late '95, my dad gave me this on cassette, along with Fat Joe's "Jealous One's Envy," E-40's "In A Major Way," Junior Mafia's "Conspiracy," 2Pac's "Me Against The World," KRS-One's self titled album, and Big Mike's "Somethin Serious." (I think there were 2 or 3 others) My dad was slowly but surely no longer listening to hip hop, so turning over these albums made me happy. I would later get all of these on CD except for one.)

You gotta love Puba's opening interpolation of The Delfonics' classic "La-La (Means I Love You)." This is quite the dope, mellow opening and I'm sure Puba had no trouble coming up with its title. (And one song in, you know I liked the way the instrumental rides out.)
*5 out of 5*

2. "I Like It (I Wanna Be Where You Are)"
Produced by Mark Spark 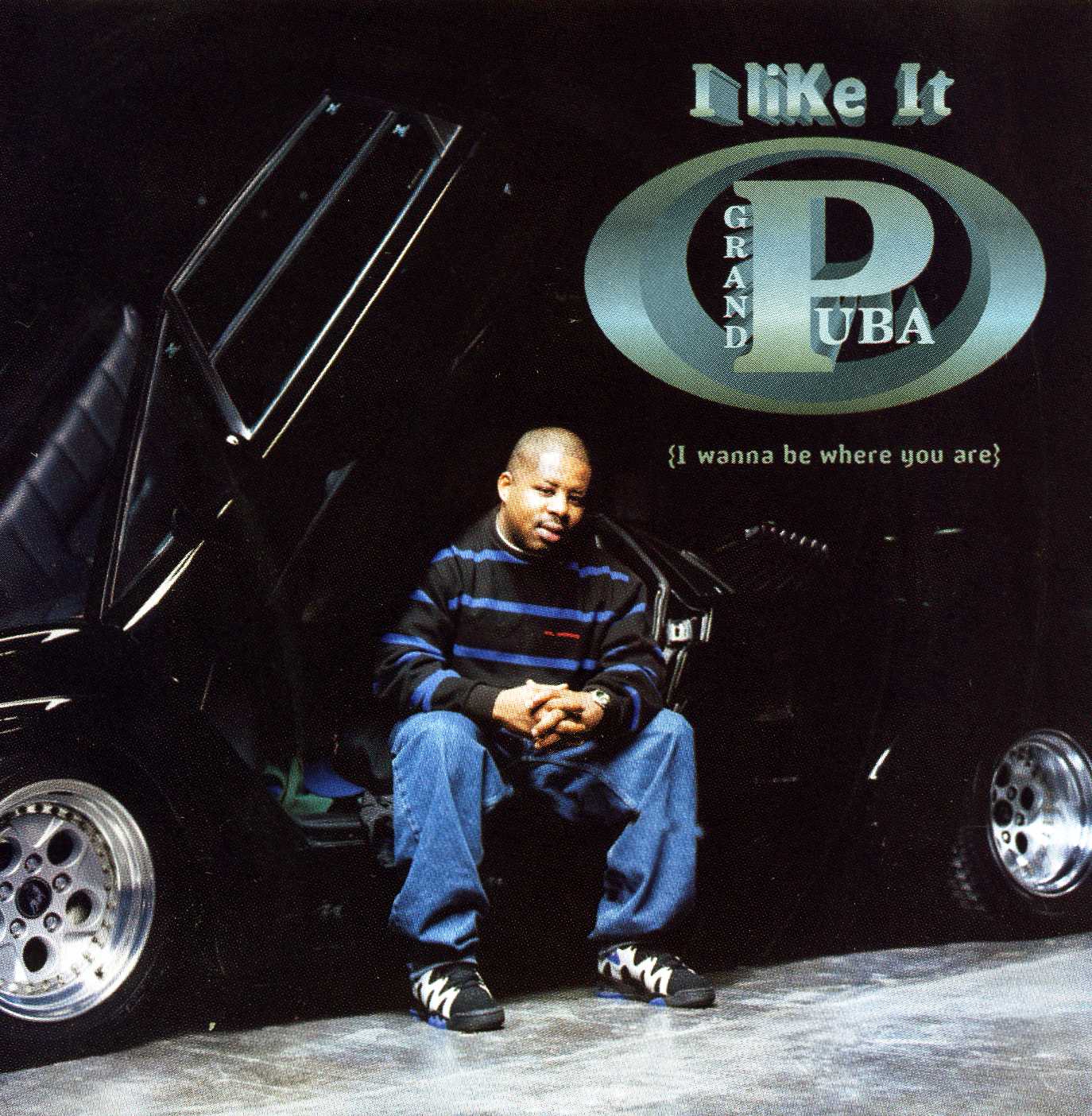 Puba comes so smooth on this DeBarge sampled classic, courtesy of "I Like It." Speaking of smooth, yes, I'm sure he catered this one to the ladies, but it's still cool enough for the fellas. He drops so many slick lines in this one and I didn't want to quote the entire song, respectively.
*5 out of 5*

3. "A Little Of This"
Produced by Mark Spark

The smoothness continues on and man, this joint here is one of the smoothest songs you'll ever hear in a hip hop form. Everything that worked in the previous 2 two songs works like a (continued) charm here. Great stuff. (Three songs in and this is perhaps the most mellow/smooth 3 song stretch ever.)
*5 out of 5*

When I say "slick lines," check this out:

"Now they call me Mr. Mingle, got a girl but I'm still single/Honeys scream my name, like they just won Bingo"

Yes, we do keep on after 3 smooth classics in a row and there are no signs of slowing down, plus the instrumental rides the song out here too.
*4 out of 5*

Much like Big Daddy Kane and Spinderella did two years earlier on, what else, "Very Special," Puba and Ms. Valentin come with somewhat of a similar back and forth, but with a twist. On Puba's side, he has moves to make, paper to get and friends in his ear telling him his woman is no good, but on the lady's end, she's trying to get with him and prove that his friends are not really his friends. Not necessarily a "love & hate" situation as they claimed, but I get the points they tried to make. A very good song here and honestly, we don't really get these types of songs anymore, and quite frankly I don't think there are any artists talented enough these days to pull it off.
*4 out of 5*

Aside from the Brothers Johnson sample courtesy of "Tomorrow," I felt like something was missing from this song (can't quite put my finger on what it was). I mean, Puba still comes with the lyrics, but overall it's ok, nothing more.
*3 out of 5*

In short, Puba has no time for the ladies who are coming with games to play (simple and to the point). I also got a little chuckle in the second verse, when the lady asks him, "but don't you talk about skins all the time?," and he replies, "baby not all the time, but when I do talk about skins, they mine."
*3 out of 5*

With two members not present here, this marked the first time that Puba and Sadat X collaborated since "One For All." It's a good song, but considering how long it was since we heard, in this case, 2/4 of Brand Nubian on the same song, it should've been a much bigger deal. They would improve on this for "Open Bar" on Sadat's debut solo album, "Wild Cowboys," in '96.
*3 out of 5*

10. "Playin The Game"
Produced by Alamo

The song is not bad, but even at this point in the album, it seems like either we're hearing the same thing or Puba is unfortunately running out of things to rap about.
*3 out of 5*

Instead of this album closing on an anti-climatic note, it closes on an uplifting, positive note. Puba comes out against all forms of Black on Black negativity and is campaigning for changes as we headed towards 2000. If you listen closely, he drops some essential knowledge throughout.
*4 out of 5*

"2000" was a smoother album than "Reel To Reel," but overall it's not better. The three opening classics have aged well, but the album sadly takes a slight dip in quality after the title track. Puba certainly was capable of so much, as seen/heard on the first Brand Nubian album and "Reel To Reel," so I'm not sure if he was running out of things to talk about or what, but that dip quality is noticeable in during the second half of the album. Even though "I Like It" and "A Little Of This" made a little noise, "2000" was ultimately slept on in the stacked year that was 1995. Aside from a few guest appearances here and there heading into '96, he would reunite (fully) with Brand Nubian for 1998's "Foundation" and would release his 3rd solo album, "Understand This" in 2001. Overall, "2000" gets a 3.5 star rating.
Posted by Wayne M. at Tuesday, July 12, 2016