Yes indeed, back to 1995, my favorite year in hip hop. At the time of this release, Death Row Records was still sitting on top of the hip hop world, even with a bit of turmoil and tension going on behind the scenes. 1992-1994 were successful years and 1995 would be no different. Daz and Kurupt would finally release their long awaited debut album, "Dogg Food," but not without some unfortunate setbacks. As talked about often on the blog, Death Row, while still enjoying success, drew heavy attention and scrutiny from the media and the government, as well as hip hop in general since the late 80s. As a result, in a direct quote from The Source's magazine's "1995 Year In Review" (January 1996) issue:

A setback to be sure, leading to an October 31, 1995 release date, but the hype surrounding this album didn't subside whatsoever. And what was all the hype about?? Well, let's travel back to '95 loyal reader! 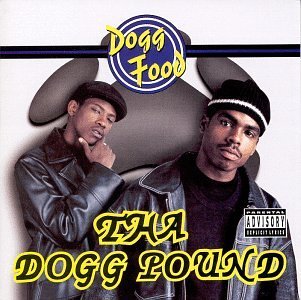 All songs produced by Dat Nigga Daz, except where noted

"Welcome, we have been expecting you!"
I really liked Death Row's intros back in the day ("like we always do about this time"). Not only does it set the tone for what's to come, but you couldn't mistake their albums for anyone else's. Speaking of setting the tone, that leads us into.....

"Now my rhymes, are as potent as pipebombs/It takes time to concoct rhymes like mines/Like land mines, all set to explode/Microphones, all set to unload" -Kurupt

"I got the right to serve your ass when you headin' to school/Cause I'm Dat Nigga Daz bitch, and I'mma fuckin' fool/Don't play with my head nigga, killers don't speak/Come out the woodworks on your ass, then niggas start to streak"  -Daz

Oh man, to say this high powered, apply titled opener is such a BANGER is putting it mildly, no question. Daz comes through with a nice verse, but Kurupt really shines here and it won't be the last time on this album that's for sure. Speaking of Kurupt, apparently his "ain't got no love for no hoes in harmony" was a not so subtle shot at Bone Thugs N Harmony (also hot in '95). I can imagine whatever beef that was present had to have been ended with the untimely passing of Eazy-E that year. Overall, classic material to start with.
*5 out of 5*

Dr. Dre, who mastered this album (and you can tell), introduces another apply titled, high powered banger. Daz and Kurupt's chemistry is on full display here and again, it wouldn't be the last time on this album. Classic stuff here and of course I not only liked Prince Ital's words at the end, but also how he rides it out with the instrumental still playing (won't be the last time for that either).
*5 out of 5*

"The barbaric, versatile, you no kin to me, so how the fuck you inherit my style" -Kurupt

Oh man, talk about a song that's still controversial to this day and I'm sure still somewhat of a sour subject for most heads on the East Coast. Allow me to discuss this one for a bit. First off, Kurupt is simply incredible here, delivering one of his finest performances ever on the mic, there's no doubting that, and Pooh's production is the icing on this West Coast cake. That's one side, now let's get to the other. It was around this time that the highly publicized "East Coast vs. West Coast" feud was beginning to rear its controversial head and this song added more fuel to that proverbial fire, directly or indirectly depending on your view. The video, which I will not post, is equally controversial, as it shows Daz, Kurupt and Snoop as larger than life figures in New York, sitting upon historic landmarks and Snoop (in)famously kicking over buildings (allegedly as a response for their trailer being shot at in NY while shooting a video, likely this one). Now, with hindsight being 20/20, there are a couple of ways to look at this. 1) You can say that the crew felt that they were so on top of the world at this point (and they were) that they could go to a place like New York and assert their dominance, in many ways. 2) You can say that this was an immediate shot at the NY hip hop scene specifically and the East Coast in general (Kurupt would say years later that they had mad love for NY and this was not a diss in any form). This song would also spark "LA, LA" by Capone & Noreaga, Mobb Deep and Tragedy Khadafi. To this day, I'm sure everyone familiar with this time in hip hop have their views on it, but on the flipside, you can't deny how GOOD of a song this is.
*5 out of 5*

Kurupt, Snoop and Jewell were "Death Row smooth" on this one; the latter was SO good on these hooks. Pretty good song all around, including another incredible verse by Kurupt, closing this song in tight fashion.
*4 out of 5*

This is what I would call a day (or days) in the life of Daz and Kurupt and I'm sure you know what that entails: it all boils down to surviving and maintaining.
*4 out of 5*

8. "Big Pimpin 2"
Big Pimpin comes through with some "pimp words" for us all, with a lovely, laid back Daz production in the background. 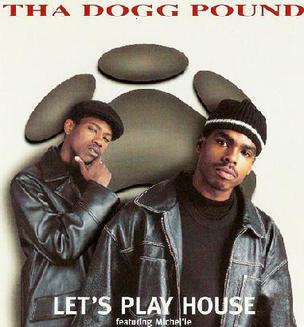 With or without the sexually charged lyrics of this song, I'm sure the ladies still liked this one a lot. I had no problem with it at the time and still don't; then again, you could expect a song like this on a Death Row release. Also, Warren G had a verse here that was cut for a still unknown reason.
*4 out of 5*

10. "I Don't Like To Dream About Gettin Paid"
Featuring Nate Dogg

We can certainly thank the legendary Rakim for the "I don't like to dream about gettin about paid" line from the classic "Paid In Full." In this appropriately titled song, Daz and Kurupt talk mostly about getting paid (of course) by any means, even if that means getting that paper the wrong way, realizing they got some moves to make in the process. The "mission to get paid" is fully realized and I know most of you reading this can relate to that, especially in a positive light. (And credit to Daz for ths nice sample of Lionel Richie's "Love Will Find A Way.")
*5 out of 5*

11. "Do What I Feel"
Featuring The Lady Of Rage

"It's the mischevious, lyrical genius on the loose/And I pack the deuce deuce of some act right juice" -Kurupt

"I come, I came, I am, I ain't/The nigga ya wants to fuck with, get peeled like paint" -Kurupt

In a word: DOPE. Daz and Kurupt come through as usual with tight performances, but Rage closes this one with an equally tight verse of her own, one of many reasons why she was so underrated on the mic; it seemed like she had more to bring as the song came to an abrupt end.
*5 out of 5*

12. "If We All Fuc"
Featuring Snoop Doggy Dogg

Well, if the ladies liked "Let's Play House," I'm not sure how they felt/feel about this one, because it's the complete opposite of that song, oddly enough . Now, I honestly never advocated "passing chicks around," but without taking the song too seriously, you can chalk this one up to the crew having fun in their own unique ways.
*3 out of 5*

The title here tells you all you need to know and it's quite the follow up, if you will, to the previous song, even if it was about 2 minutes too long. And with that said, let's continue on with the bangers shall we!
*3 out of 5*

Normally I would advocate that certain songs should be a little more longer (or shorter) than others, but if there was ever a song where the 2:46 was the perfect time, this was it. Simply put, Kurupt OWNS this one with his two verses over a DOPE Daz production. It's so dope I had to play it twice during this revisit!
*5 out of 5*

The hook above accurately describes this apply titled banger and that theme is very present here with a West Coast state of mind. Tray Dee drops a verse just as dope as Daz and Kurupt's. And I can't forget how the instrumental just rides out for the remaining 2:34 of the song and I love it.
*5 out of 5*

"And all eyes on me, but I won't change sides/Cause what I represent, I represent 'til I die" -Kurupt

"One by one, we'll start to subtract
And see how many motherfuckers got your back
Cause when it comes down to it, we outs to clown
It's them Dogg Pound Gangstaz, puttin it down"

17. "Sooo Much Style"
Produced by Soopafly and Overdose

This incredible album started in a high powered form, and it closes in such a smooth, appropriately titled way. And yes, the instrumental just rides out for the last minute of the song, yes indeed.
*5 out of 5*

Wow, as mentioned, this is such an incredible album and to say it still holds up today would be a complete understatement. Keeping with the momentum that Death Row had circa 1995, Daz and Kurupt didn't disappoint one bit with their debut. The production was on point, the guests (mostly in house) made contributions where they fit and weren't out of place and lyrically, while Daz was not too far behind, Kurupt was the star of this show and he proved throughout "Dogg Food" that he liked to rap and much more. Furthermore, remember the hype I was talking about and the delayed release thanks to Time Warner? Well, said delay didn't hurt this album at all, moving a respectable 277,500 units in its first week, eventually hitting the Double Platinum mark, deservedly so. This is a personal favorite of mine and I'm still surprised that The Source magazine didn't include it as one of 95's best albums (I think I have an idea why they didn't). HIGHLY recommended and I'm going the full monty on this, 5 stars. Daz and Kurupt, much love and props for this album.
Posted by Wayne M. at Tuesday, February 02, 2016