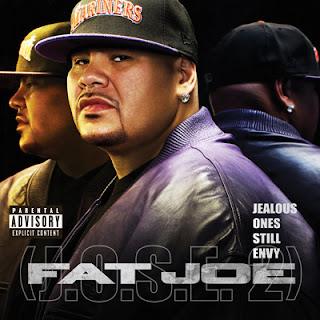 1. "Winding On Me"
Featuring Lil Wayne and Ron Browz
Produced by Ron Browz

Oh man, this was quite the, uh, opener and if you don't know what this song was about and WHO it was catering to, just by looking at the title and the two guests, um, I have no idea what to tell you. This was your typical, auto-tuned driven song that was oh so present in '09, long past the point when it was tolerable. Not a good opener.
*1.5 out of 5*


"Niggas call me German so I hit 'em with the Ruger/Bullets like Easy Pass, they run right through ya"

"Got old guns for new niggas, my throwback/And I ain't talkin' 'bout music, get your soul clapped"

Hot damn this was dope and DJ Infamous gave Joe a thumping, rock style production to match Joe's gunplay laced lyrics. Also, was it me or did Joe's delivery seem like he was trying to outdo 50 Cent's "My Gun Go Off?" No matter what the case is, this is still a dope, fast paced song.
*4 out of 5*

3. "One"
Featuring Akon
Produced by The Inkredibles 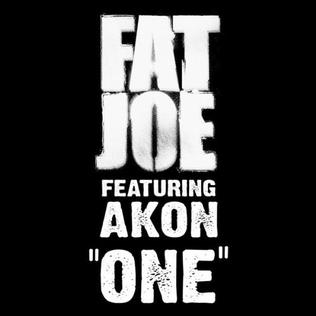 Yes, I get what Joe was going for here and trust me, I've heard my fair share of "ride or die chick" songs, however, even though Joe said his marriage inspired this song, the album's first single mind you, listening to it you wouldn't be able to tell (and I'm not knocking Joe's marriage in any form). Honestly, it sounds like he's rapping more about a side chick and less about his wife.
*3 out of 5* 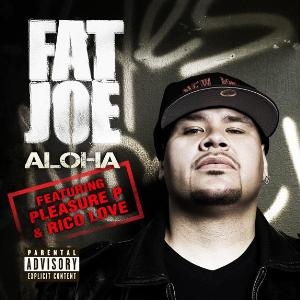 This was the album's second single and not an impressive one. Again, it only has one audience and that's the ladies. I can't imagine too many fellas liking this one either. Nothing we haven't heard before and done better quite frankly.
*1.5 out of 5*

5. "Put Ya In Da Game"
Featuring T-Pain and OZ
Produced by Schife and OhZee

When the first verse begins with "she said," you already know what the game is, no pun intended. The ladies should like this one, nothing more or less. Schife and OhZee's beat saves it, but not by much, plus this would be the second of many songs ("One" being the first) that display a lack of creativity in regards to the song titles on this album.
*2 out of 5*

T.A. came through with an ok verse based on his delivery, but if the intention for this was to hit the radio, uh, it failed. It's not a bad song per se, but when you look at it from a certain angle, you have to ask: are they congratulating celebrities in general or are they congratulating the groupies who think they're stars in a sarcastic way? Too much analysis for a forgettable song.
*2 out of 5*

Smh+facepalm, I know this song is old, but this is one of the worst songs I've heard in a long time. Kim added NOTHING to this and Joe was right, I couldn't see ANY radio station in the WORLD playing this atrocity of a song. And did I mention the LAZY song title in the process? I would post a YouTube link just so you could hear how terrible this is, but loyal reader, I'll spare you the trouble.
*NO RATING*

I guess all involved were going for a banger, but man does this miss the mark (aside from a halfway decent beat). And ANY song named "Cupcake" has no chance of being hard and is doomed to fail.
*1.5 out of 5*, solely for the beat

Aside from having a good relationship with Joe and the obvious check, I can't imagine why Rae would take part in this, and even his closing verse was unfortunately forgettable. I mean, there's clearly NO connection to Rae's classic of the same name, but damn couldn't there have been a more creative title of the song? This is so bad that I don't think the ladies would be entertained by this in any form.
*1 out of 5*

I get what Joe was going for here, but at this point in the album, it was a little too late to come with a song like this. Decent, nothing more.
*3 out of 5*

The good: J-Buttah's thumping, horn filled production. The bad: Swizz's sad attempt at a catchy call & response hook and the fact that the attempt at hard songs is coming as the album edges to a close.
*2 out of 5*

The most notable thing about this closer was hearing Joe take credit for the successes of Pun, Remy Ma, Scott Storch, DJ Khaled, etc. Otherwise, not terrible, not great, but good.
*3 out of 5*


For starters, this abomination of an album was nowhere near worthy of being a sequel to any of the two albums covered, especially "Jealous One's Envy." Part of me wants to know how Joe really feels about this album, because outside of this being a contractual obligation, I couldn't see him being proud of this in any form. The SOLE highlight here, in my view, is "Joey Don't Do It." Songs like "Music," "Okay Okay," and "One" are relatively decent, but we have heard songs like those done before and better; and please don't get me started on "Porn Star" and "Ice Cream" again. Overall, NOT a good album in any stretch of the imagination and while I have love for Joe, this was one of the worst albums I've listened to in quite some time. 1.5 stars for this.
Posted by Wayne M. at Saturday, January 30, 2016