Coming three years after his third album, "Don Cartegena," Fat Joe returned to the scene with album number four, "Jealous One's Still Envy," complete with a revised/updated throwback to "Jealous One's Envy." With the untimely passing of the great Big Pun, Joe would not only have a lot to prove, but he would also carry on the Terror Squad name in the process. 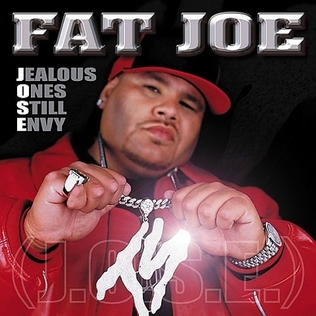 Over a dramatic, piano laced production thanks to Psycho Les, Joe wastes no time going in on those with the jealous bones, firing lyrical shots along the way. Could've used an additional verse, but overall this was good.
*3.5 out of 5*

Man, even though this resulted in the untimely death of Notorious BIG, remember a time when the "king of NY" crown was one of the most competitive things on the East Coast/NY hip hop scene? It seemed like only the most elite was in contention, and such a list was not as large as you may think. Joe was the next in line to try and claim the crown, coming with such aggression and lyrical force.
*4 out of 5*

4. "Opposites Attract (What They Like)"
Featuring Remy
Produced by Self and Irv Gotti

This apply titled joint was hard enough for the fellas and still smooth enough for the ladies. You know, I've talked about Remy on the blog before, and when I think back to this time, Remy was so dope and I found myself liking nearly everything she was on. Things haven't been the same, to these ears, since 2004's "Lean Back," but that's another story.
*3.5 out of 5*

5. "Definition Of A Don"
Featuring Remy
Produced by The Alchemist

Remy comes through with a good hook, Alchemist brings the goods behind the boards and Joe delivers two verses defining the life of a don, even in the hip hop context. Dope stuff here.
*4 out of 5*

6. "My Lifestyle"
Produced by Buckwild

This Buckwild produced banger picks up right where "Definition of a Don" left off and it's truly dope, arguably the best song on the album.
*4.5 out of 5*

I'm not an R. Kelly fan, but I'll give credit where it's due. He was hot in 2001 and one guaranteed way to get a hit on the radio and TV was a guest spot from him, and in the case of this one, it worked well and it certainly did receive a decent amount of spins on the radio. I always thought this was a good song and it still is.
*4 out of 5*

Whenever there's a sense of aggression in the air, you'll find M.O.P. not too far behind, and as usual in the case of their guest appearances, they bring out an aggressive side in the other artist(s), specifically Fat Joe. I remember Petey Pablo making noise around this time with "Raise Up," but he was out of place on this one. All in all, another dope song here, featuring the same "Stop In The Name Of Love" sample (Margie Joseph) found on Jadakiss "It's Time I See You" in '01.
*4 out of 5* 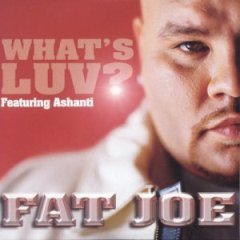 This was the album's second single, and much like "We Thuggin" graced radio and TV in 2001, this one did the same, and it was no surprise to see Ja Rule and Ashanti, who were both hot in 2001, make appearances here. It also was a true success for Joe, hitting #2 on the "Billboard Hot 100" and remaining there for 20 weeks, #1 on the "Hot Rap Songs" chart and #4 in the U.K. It's a decent song and again, it worked for what it was, definitely for the ladies.
*3 out of 5*

I can't recall where I read this, but a few years ago I read somewhere that this song was an alleged shot at Jay-Z. This notion was so silly and unbelievable that I simply shook my head and kept it moving, seeing that there's never been any beef between the two that I'm aware of, plus the "he's not real" line was some form of borrowing/biggin' up Jay thanks to "Do It Again." Continuing on, once you heard a song like this, you've heard them all and you can't call out "fake ones/those not living that life" too much because it was present in '01 just as much, if not more, as it is in '16. Remy's verse was the highlight here.
*4 out of 5*

13. "Get The Hell On With That"
Featuring Ludacris and Armageddon
Produced by Bink!

Get the hell on with that, stop frontin, they're all the same, and Joe, Ludacris (also hot in '01) and Armageddon make this clear, no exceptions.
*3 out of 5*

Joe flexed his storytelling muscles here, but Sean's beat and the hook would suggest something for the dancefloor. With a different beat and hook, this could've been better.
*3 out of 5*

A very good, appropriately titled song. Armageddon almost steals the show on this one.
*4 out of 5*

16. "The Wild Life"
Featuring Prospect and Xzibit
Produced by DJ Nasty and LVM

Straight kidnappin' and car jackin', infidelity, parentless homes, fights, jealousy, you name it, it all goes down in the aforementioned wild life. It's all about how you survive it all.
*4 out of 5*

"Shit Is Real Part 2?" I think so. Instead of expanding or revisiting its predecessor, Joe not only maintains the realness, but he talks about where he is at this point in his life, and even with the success, there's still unfortunate pain along the way. You may think you know, but you don't know. This would've been an effective way to close the album, but instead we get a dope remix to close things.
*4.5 out of 5*

A pretty good lineup for this remix, as all involved had something going on in '01. Even though this isn't saying much, this remix was better than the original.
*4 out of 5*

A very good album from Fat Joe, also his most successful, peaking at #21 on the "Billboard 200" chart and eventually earning a Platinum certification, as well as selected by The Source magazine as one of 2001's best albums. Although most would say this was a "standard Fat Joe album," remember, this was his first album since Pun's passing and as I mentioned in the intro, Joe had something to prove while carrying on the Terror Squad name. Joe came through with a respectable performance on the mic over solid production, and even though it was "We Thuggin" and "What's Luv?" that basically sold this album, it still was a step in the right direction. 4 stars.