What's going on hip hop world?! I hope all is well with you of course! Things are the same as usual on my end, nothing to complain about these days. Well, with this year slowly but surely coming to a close, I've decided to look back on a respectable number of albums that dropped this year, most of them I own. I would normally save a post like this for December, but I want to present this a few months early. 2015 has been what I expected in hip hop, nothing more or less, and at this point, it is what it is, for the lack of a better term. And before I start this post, I also want to let you know that the forthcoming Busta Rhymes project is still in the works and it'll be coming hopefully before this month is over with. So, with all that being said, let's revisit, if you will, hip hop in 2015. 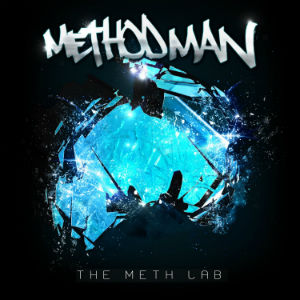 To begin, some of these albums I've already talked about on the blog previously (this Meth "album" is one of them), so my thoughts on said albums "may" be somewhat brief with similar thoughts. Although this project may have been dressed up as Meth's 5th studio album, this was nothing but an official mixtape at best, meant to hype his apparent next album, "Crystal Meth." I've long said that I don't buy mixtapes in any form (for obvious reasons) and why I allowed myself to buy this one, even if it is an MC that's in my top 10, full price mind you, is beyond me. Even as a mixtape, this leaves a lot to be desired and I never thought I'd say this, but if "Meth Lab's" job was to make me anticipate "Crystal Meth" (more), it failed in that regard. There's no chance of a revisit. 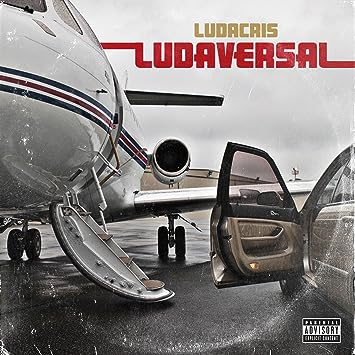 I guarantee you loyal reader, a few years from now, people are going to look back on this album and realize how dope it is. Luda's 9th album was crucially slept on this year, enjoying a SLIGHT buzz for all of one week (like most albums these days) to not mentioned at all afterwards. Keep in mind, prior to this, he released "Battle of the Sexes," an album that most fans weren't too pleased with (myself included) and would consider his worst. From there, Luda became engaged in more successful ventures outside of hip hop, so when he finally came with "Ludaversal," he did prove he still "had it" in my view; check out "Call Ya Bluff" and the Big KRIT assisted "Come And See Me," just to name two. Granted, he didn't break any new ground or "change the game," but considering where he was at this point in his career, he came through with an exceptional 4 star album; the Deluxe Edition makes it worth the purchase.

A few words on Kendrick if I may. When I first heard him, I wasn't too impressed. I checked out "Section 80" around the time it was first released, just to see what all the hype was about. I didn't like it at first, however, I decided to revisit it when "Good Kid, M.A.A.D. City" was a few weeks away from dropping. I liked it a bit more on the second listen, so much so that I copped it and the aforementioned GKMC within days of each other. Both are very good albums in their own rights, but after a while, they began to lose serious replay value with me; then again it's not like I bumped both of them on the regular. Kendrick is good, but he can be overrated at times, and please, PLEASE don't get me started on people saying that GKMC was the "new Illmatic." When it comes to "To Pimp A Butterfly," to date I've only listened to it once (via Spotify) and although I did say it was a 4 star album, I also said I wouldn't revisit it any time soon. Now, with all of the praise this album has received (and I'm sure it's going to grace a LOT of "Best Albums of 2015" lists), I'm asking you: is this worthy of a revisit? If enough of you convince me that it is, I'll be on it. 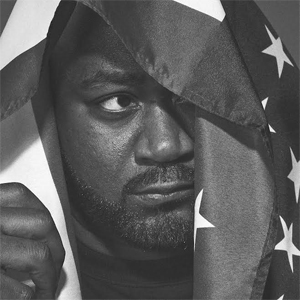 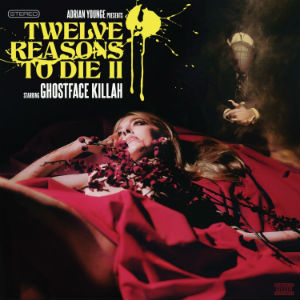 Man, you would think Ghostface dropping TWO albums in one year would be a big deal, but based on the response, or lack thereof, to said albums, either no one knew and/or even cared, which is unfortunate. "Sour Soul," produced entirely by the Canadian band BadBadNotGood, was very good, as Ghost usually works wonders over soulful production, and the "12 Reasons To Die" sequel was more than a worthy companion piece to its predecessor. 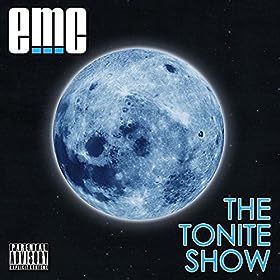 This was a good album, but compared to 2008's "The Show," it was a step down. I asked, "has the concept album run its course for Masta Ace and eMC or should the crew stick with what they know in this case?" Time will certainly tell, but the way this album closes would suggest a continuation.

Hands down, THE best album of 2015, no question. What more can I say about this 4.5 star album, which may change to 5 stars in the future? Face added another stellar album to an equally stellar discography, showing he hadn't lost one step. Whether this is his last album or not, it will be something to remember. 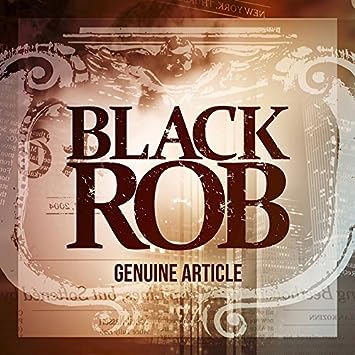 With all due respect to Rob, I may be one of the ONLY people I know to cop this album. It was clear to me that Rob is/was no longer the MC that blessed us with "Life Story" and "The Black Rob Report." Rob's 4th album was released SO quietly that I don't even think the average fan is even aware of its existence. It starts off decent, but after the first 2-4 songs, whatever momentum it had just falls off the proverbial cliff.

This was another very good album from Skyzoo, and again, it's another one of those albums that was talked about when it dropped, but after that first week or so, people seemingly moved on. It may not be on the level of his previous albums, but it more than complements his discography. 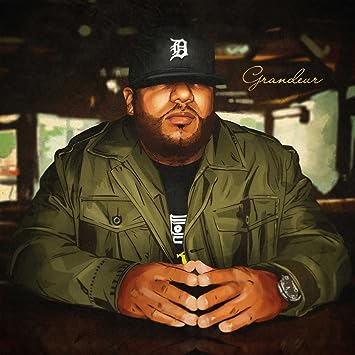 I recently had a chance to check this out and it's dope as hell. Apollo Brown continues to excel behind the boards, probably one of the more underrated producers in hip hop. MCs such as Masta Ace, M.O.P., Torae, Skyzoo, O.C., the late Sean Price, etc, all brought their lyrical talents to match the dope production. About 4 stars for this one and it should be part of my collection by the time you finish reading this post.

I've always liked Statik Selektah, but I haven't been too impressed with the albums he has dropped dating back to 2013's "Extended Play." I went into "Lucky 7" expecting something dope considering the guests, and while it's decent in spots, it didn't grab like Apollo Brown's album did. I don't know if its because Statik's production has regressed over the years, the seemingly repeated guests or what, but something has changed along the way. 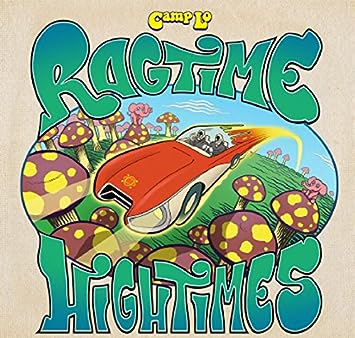 Sonny Cheeba and Geechie Suede held their own with this album, still coming with the unique yet cool/laid back style that made me become a fan back in 1997. The flipside is that I don't think most even know that they dropped this album (notice a trend here) and it largely fell on deaf ears in 2015. 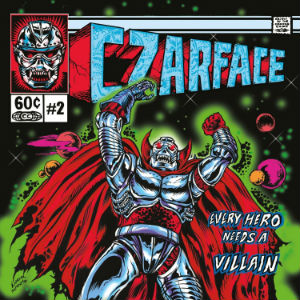 Czarface, consisting of Wu-Tang's Inspectah Deck and 7L & Esoteric, dropped a tight follow up to their self titled debut from 2013.

I did recently talk about this album on the blog and I just want to add a few more things. Is it me or did the initial buzz Dre created with this album subside as well? I mean, when Dre made the announcement, it was a hot topic of discussion for a few days, but after that, again, it seemed like people (quickly) moved on, and if that's the case, that has to be a disappointment to all involved, especially Dre considering that this is supposed to be his "swan song". There's a chance I may end up revisiting this at some point. 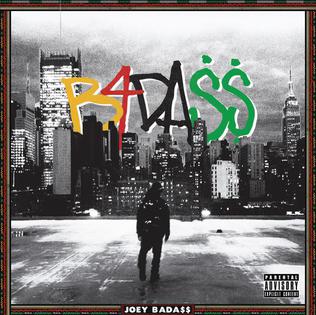 "Hazeus View", one of my favorite songs this year, is what immediately comes to mind when I think of this album, complete with a TRUE throwback sound and vibe, circa 1993-1994. I thought this was a very good album and I recall saying it would've been better as an EP, because the first half was tight and the second half, while not wack, was not as tight. This may be due for a revisit as well. 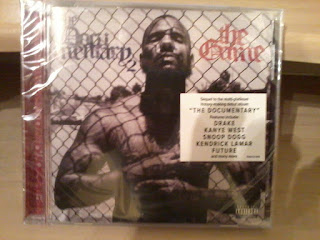 As you can see, I copped The Game's new album on its release date, still in the plastic as of this post, and I will do the same next week when "2.5" is released. Yes, this was a blind buy and I'm expecting something very good from Game. I didn't check his prior album, "Blood Moon: Year of the Wolf", simply because I wasn't impressed with the tracklist (TOO many guests, and if you honestly recommend I check it out, I may consider that because I am a Game fan). The new album(s) do have its share of guest appearances and without sounding contradictory, I'll be a little forgiving here. (My thoughts will likely come in a future post if not this one.)

Before I close this post, I want to touch on some other releases as well.

Capone-N-Noreaga - Lessons
I didn't bother with this one considering the largely mixed feedback it has received, plus the album cover did it NO favors.

Lupe Fiasco - Tetsuo & Youth
About 5 songs into this album, I stopped right there because even though this was Lupe, I had no idea what the hell I was listening to, almost similar to the way I felt when listening to Kanye West's "Yeezus". As far as Lupe goes, I'm good with just his "Food & Liquor" series and the first part of the "Great American Rap Album", can't say that I'm looking forward to what he does next.

Large Professor - RE: Living
I may get around to checking this out; always been a Large Pro fan.

Sadat X - Never Left
Decent album to be sure, but when I think of Sadat on the solo tip, it'll always been 96's "Wild Cowboys".

Fashawn - The Ecology
Haven't heard this one. I did like his first album, so this may be added to my radar.

Raekwon - Fly International Luxurious Art
Man, I was really looking forward to this, and based on the feedback I came across, it was not worth my time, which was sad considering I'm a long time Wu fan.

Joell Ortiz & illmind - Human
As far as I'm concerned, Ortiz's best solo work came in the form of his first two albums. Even with illmind behind the boards, I was not in a hurry to check this out.

Gangrene - You Disgust Me
I'll be getting to this one soon.

And there you have it! This is my 2015 in a nutshell (and I know we still have the rest of this month, plus November and December to go). I'm not sure what to expect as 2016 draws near and I won't waste time trying to predict any upcoming releases (I'll take that news as it comes). I'm curious to know your thoughts on this post and hip hop in 2015 overall. Until the next post, take care!
Posted by Wayne M. at Saturday, October 10, 2015