2 in 1: Revisiting GZA's "Legend Of The Liquid Sword" and "Grandmasters" w/ DJ Muggs

GZA has etched his name into the hip hop history books, not just for his contributions with the Wu-Tang Clan, but for his incredible, classic album "Liquid Swords." And of course when an artist drops an album THAT good, expectations are going to be high for whatever he/she drops next and whether they can best and/or match the quality of said album or not. Sadly for GZA, he didn't. 1999's "Beneath The Surface" was decent in spots, but saying it was nowhere near the aforementioned "Liquid Swords" in any form is an understatement, and a good part of that was the production (lyrically he still had a lot to offer). Fast forward to 2002, he somewhat quietly released "Legend Of The Liquid Sword." I haven't played this album in such a long time, and usually that makes for an interesting revisit, the first of two for this post. 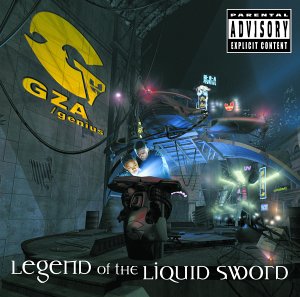 It also says this was performed by Young Justice, who may or may not be GZA's son.

GZA takes it back to the 70s, essentially being there to witness the birth of hip hop and reminisce about the good ol days, something I can relate to.
*4 out of 5*

3. "Did Ya Say That"
Produced by Boola

Genius.com comes through with another description of this song that echoes my sentiments as well:

The Genius directs this song at the producers and record executives who screwed him during the course of his career. This is a follow up to his song “Labels," from Liquid Swords, which carries a similar meaning. In the chorus, GZA is in disbelief with those involved in the music business because they are trying to profit off of something that only he has mastered — “Yo, did he say that?”

This is somewhat of a worthy follow up to "Labels." It may require a couple of listens to fully get GZA's point, however, it's still largely good.

"I still run into students bangin' my first joint/Wrote a essay off the second LP to prove a point/That a rhyme is a terrible thing to waste/Gimmicks and radio, the God don't chase"

GZA, Ghost and Street come correct over a dope Bink! produced track, fast paced in a strong sense.
*4 out of 5*

This more or less picks right up where "Did Ya Say That" left off, only with much more sharper lyrics.
*4 out of 5*

I feel there was some "hidden creativity" here. The beat is up-tempo in a way, but GZA not only keeps up with it, the way he flows sounds like he's either daring or telling you to keep up with how he's delivering his rhymes. Pretty good stuff here.
*4 out of 5*

GZA knew how to do many things WELL on the mic, and creating a song with an extended metaphor is one of them. This must be heard to be appreciated as he equates humanity to the characteristics of named animals.
*5 out of 5*

Good song right here, your standard dope Wu-Tang cut.... for members only.
*4 out of 5*


9. "Legend of the Liquid Sword"
Additional Vocals by Anthony Allen
Produced by Jaz-O

This dope title track harkens back to something GZA said in '97 when talking about the "Liquid Swords" album: it's all about being sharp with your tongue.
*4 out of 5*

The precise wordplay/use of the extended metaphor is (again) in full swing on this one, only this time GZA uses the names of multiple celebrities to paint a verbal/audio picture.
*5 out of 5*

Don't let the title of this fool you into thinking GZA was coming with a robbery story in a Wu-Tang form. This is clearly the opposite in my view, with a key focus on the lyrics more than anything else.
*4 out of 5*

"For some, the sun will never come out tomorrow/Like those in this heart pounding tale of random horror"


In what was an unofficial bit of foreshadowing towards GZA and Muggs' "Grandmasters" album, the way GZA tells this story of a ruthless killer plays out like a movie, with the two lines above being the thesis of it. Sure it's fiction, but if you're creative, believable and entertaining with it like GZA is here, the results will be positive.
*5 out of 5*

GZA and Deck effectively utilize the 2:49 on this fast paced banger, no question. It may come off like they're competing with each other, even with GZA's two verses to Deck's one, but this is another slice of dope Wu shit.
*4 out of 5*

I'm not sure why this one was censored (with points deducted as a result), but be that as it may, this was more or less a showcase for the guests, two of whom (Prodigal Sunn and 12 O'Clock) were not new to the scene.
*3.5 out of 5*


The album closes on a sharp note, almost sounding like part 2 to "Breaker, Breaker" from the "Beneath The Surface" album.
*4 out of 5*

This album may have had little to no promotion prior to its release in 2002, but it's quite the excellent, 4.5 star "sleeper" album to be sure, especially on a lyrical level. GZA made it no secret that he was a master on the mic, and this album proved that. We'll get more of that and then some on the next album that'll be covered, "Grandmasters." 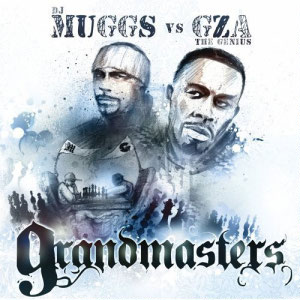 All songs produced by DJ Muggs

In such a low key, yet descriptive, easy to follow form, GZA makes those aware of what's in store if you try and test him on the mic. You see, it's not about violence or anything related with GZA, the lyrics is what matters the most.
*4 out of 5*

Somewhat of an apply titled song here complete with a story being told, and with Rae on the hook, this is dope stuff.
*4 out of 5*

This one right here you really have to take your time with. While the title itself may lead you to believe it's just another story about mistakes, if you will, the precise description/story being told by GZA brings about something more complex than the usual.
*4 out of 5*

Thanks to genius.com, I was able to locate GZA's description of this song in a nutshell:

Very good song here and when you get any members of the Wu on the same song, no matter which members or the number of them, you know what to expect.
*4 out of 5*

Definitely the best song on this album. GZA once again masterfully uses the running metaphor, as this joint sees him equating the woman of his affections towards NFL team names, plays, etc. MUST be heard to be appreciated.
*5 out of 5*

8. "All In Together Now"
Featuring The RZA

Another good song, complete with a true, Wu throwback vibe.
*4 out of 5*

Take what I said about "Advance Pawns" (even though Prodigal Sunn is a longtime Wu affiliate) and apply it here as well.
*4 out of 5*

12. "Smothered Mate"
Genius.com comes through again with a very accurate description of the title's meaning and the song:

"The title, smothered mate, refers to checkmate delivered by a knight in which the mated king is unable to move because he is surrounded by his own pieces. The song is a cautionary tale that describes the dangers of the ghetto environment, much like the king’s surroundings in smothered mate."

And with that said, this was a tight, somewhat fast paced way to close the album.
*5 out of 5*

There's a couple of ways you can view this excellent album (4.5 stars): a well-rounded hip hop album with a "chess like" twist, vice versa, or perhaps a combination of both. Either way, what results works like a charm. Muggs laid down a damn good foundation behind the boards, and GZA was never behind when it came to the lyrics, which remained sharp with a true focus on the game of chess blending in with everything else. Unfortunately like most GZA albums post "Liquid Swords," this was highly slept on (probably the most slept on album in 2005), however, I recommend this as well as "Legend of the Liquid Swords."