The Ice Cube Effect: The Predator 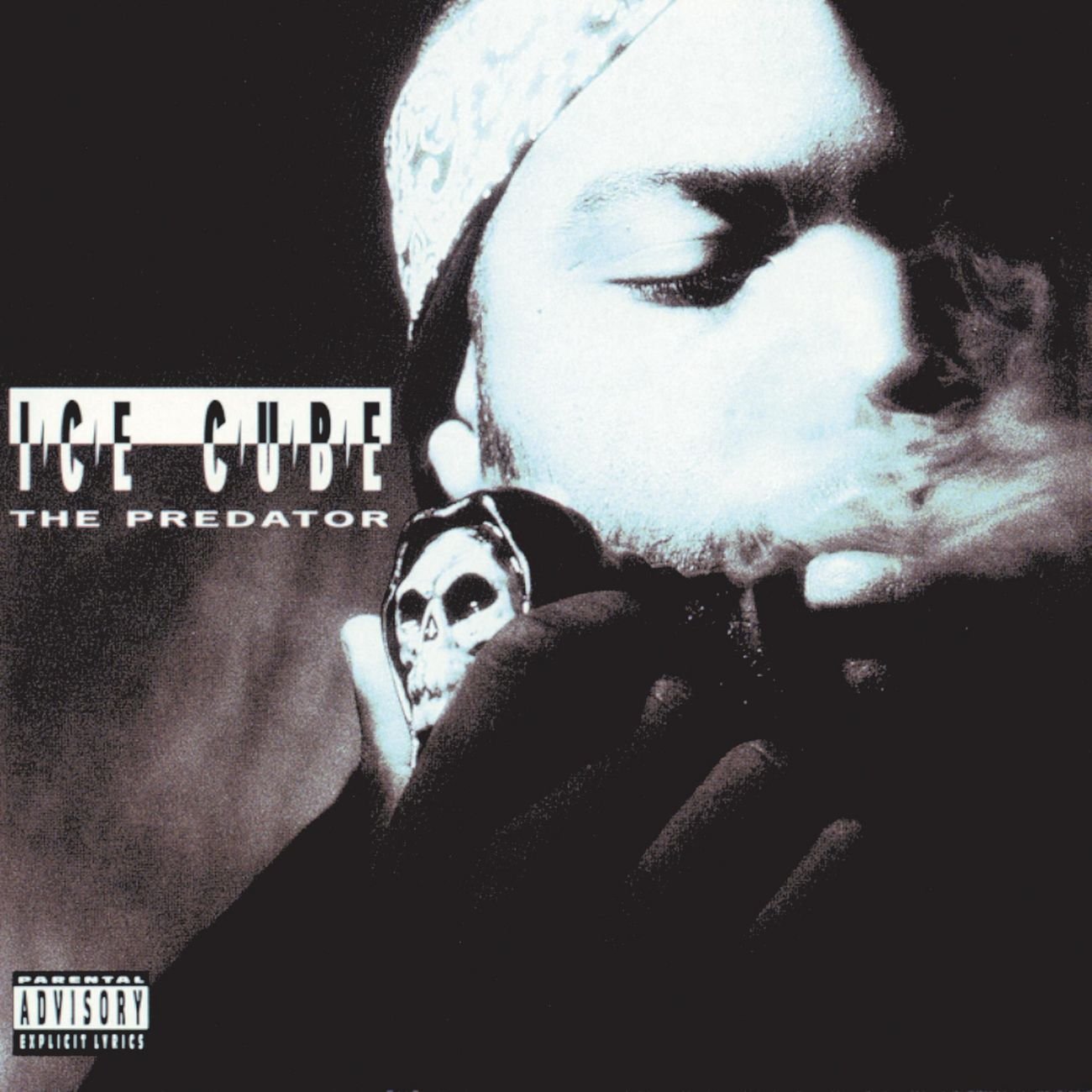 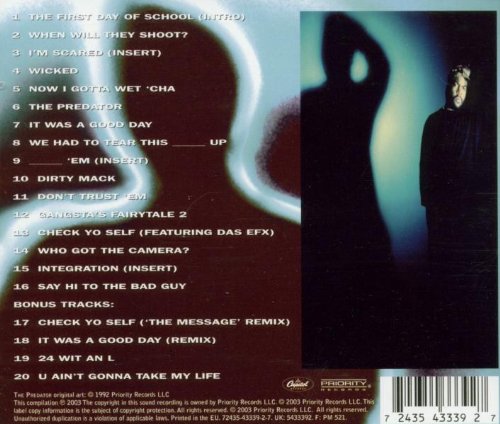 1. The First Day Of School (Intro)
Audio clips from the movie "American Me" sets things off.

2. When Will They Shoot?
Produced By Ice Cube, DJ Pooh, and Bobcat

"White man is something I tried to study/But I got my hands bloody, yeah/They say I can sing like a jaybird/But nigga, don't say the j-word"

In addition to addressing the claims that he was actively participating, if you will, in anti-Semitism, Cube continues his run of awesome openers with this high powered, aggressive banger. Cube addressed just about every criticism thrown at him based on his previous album, "Death Certificate," doing it with such impact that you just had/have to listen to every word.
*5 out of 5*


3. I'm Scared (Insert)
"What is he saying that you have a problem with?"  The reporter on this insert/skit was right on the money. Seemingly normal people were asked about Cube and the gist of their statements were "they were scared based on some of his lyrics," but when you dig deeper, they really couldn't give a complete/straight answer, and towards the end, the reporter calls them out on this and make some VERY good points in the process. Talk about an apply titled song. Lyrically Cube is "wicked" throughout, but not in an "all over the place" type of way. It may sound like a lot is going on, but it's all controlled. The reggae tinged hook provided by Don Jagwarr was not out of place and served as a different, but welcomed change for a Cube song.
*5 out of 5*

Although the first and third verses carry equal weight, respectively, it was the second verse that was most notable. With lines such as "S-I-M-I Valley for the KKK rally/A place on the map where the order is/Though devils can beat up a motorist/And get nothin' but a slap on the wrist" and "The fist of fury I'm gon' shove em/Muthafuck the jury and whoever love em," this was aimed directly at the L.A. police officers who were found not guilty in the videotaped, mind you, beating of the late Rodney King on April 29, 1992. In the fairness of time, I won't go into my personal views on the beating and its aftermath, so I'll just end this by saying it was another aggressive song and it was nothing wrong with Cube stating how he felt, because most Blacks in the country at the time shared the same sentiments.
*4 out of 5*

6. The Predator
Produced By DJ Pooh

No knock on the title track at all, but this was more of the same from Cube here.
*4 out of 5*

7. It Was A Good Day
Produced By DJ Pooh Oh man, who can forget Cube's memorable storytelling skills, probably his best ever here, over a WELL worked DJ Pooh production courtesy of "Footsteps In The Dark" by the Isley Brothers. Whether he was having breakfast with the fam, playing basketball, gambling, or "knockin' boots" with "a chick he's been trying to get with since the 12th grade," Cube was determined to have a good day, and overall he did........ until he got home. As you'll see in the classic video below, once Cube's day was over, the moment he gets home, his mom's crib was swarmed by police and in a nice bit of continuation, it picks up with the "Check Yo Self" video. GREAT stuff and one of Cube's most recognizable songs.
*5 out of 5*

8. We Had To Tear This Mothafucka Up
Produced By DJ Muggs

This appropriately titled banger picks up RIGHT where "Now I Gotta Wet Cha" leaves off and it's a much more effective song.
*5 out of 5*

9. Fuck Em (Insert)
A brief but informative interview with Cube.

I've always looked at this as a reprise, of sorts, of "Who's The Mack" from "Amerikkka's Most Wanted." It's ok, but nothing special.
*3 out of 5*

In unmistakable Cube fashion, complete with a running storyline, he gives his views on why certain women can't be trusted.
*4 out of 5*

This sequel to the original "Gangsta's Fairytale" from the "AMW" album didn't pack the same punch, but it was still a dope form of storytelling.
*4 out of 5*

13. Check Yo Self
Featuring Das Efx
Produced By Ice Cube and DJ Muggs The "Message Remix" version is/was so remembered that the original version was seemingly all but forgotten. Make no mistake about it, the remix is superior, but the original is just as dope.
*5 out of 5*

14. Who Got The Camera?
Produced By Sir Jinx

The subject of police brutality is on full display here, presented in such a scenario that could only be done by Cube.
*4 out of 5*

15. Integration (Insert)
These clips from the legendary Malcolm X meant something back in the 60s and they STILL mean something today. MUST be heard to be appreciated.

16. Say Hi To The Bad Guy
Produced By Sir Jinx

I couldn't think of any other song closing the album but this one. When you look at the title, it's about what you would expect, complete with it's fast paced style and aggressive delivery.
*5 out of 5*

"The Predator" picked up right where 1991's "Death Certificate" left off, released in the same year as the infamous L.A. Riots, plus it was only fitting that Cube speak on those events as well. While it's not on the level of his first two albums, "The Predator" was still pretty damn good overall, 4.5 stars. Even with a movie career on the rise, Cube was still on top of his game, and in addition to that, "It Was A Good Day" effectively sold this album, his most successful in the process; double platinum status, moving 2,210,238 units to be exact. The momentum would continue heading into 1993.
Posted by Wayne M. at Monday, September 15, 2014