Previously I revisited Noreaga's 1998 debut album, "N.O.R.E.," which you can check out below:


This isn't the first time I thought about revisiting his second album, but I decided to go ahead and get this one done. I did own this album when it dropped in 1999, and at the time I thought it was good, but obviously nowhere near better than his debut, or even close to it. Nore did go on record, via "Invincible" from the "Reunion" album with Capone, by saying "he couldn't believe he fucked up and made a half assed album....../I didn't wanna make music, my pops just died." Now, it's seemingly rare to hear artists of any kind dislike something they release, especially in hip hop, so Nore's comments on this album is what sparked this revisit . And how does this album how up after 15 years? Is it "half assed" or has it gotten better with age? We shall see. 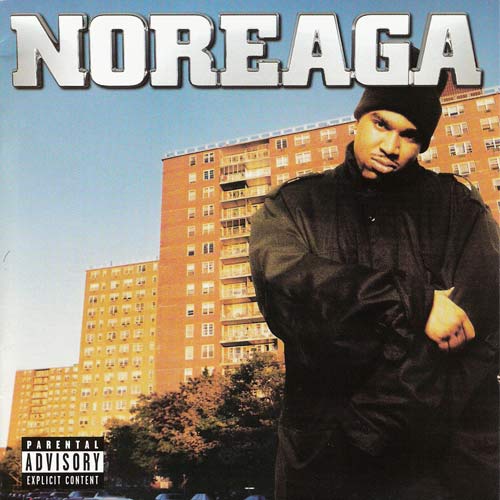 
1. Hospital/Funeral Intro
Not much to say about this intro, other than it was a rather unique way to begin the album.

Sometimes life makes us want to do certain things, each and every day, no doubt. After moving on quickly from the intro, we get a very good, apply titled song, with its reminiscing type vibe. The second best song on the album.
*4 out of 5*

Considering the title of the song, you would think that Nore would've came a little more harder on this one, and while it's an ok song, he really sounded like he would rather be anywhere else but on this SPK track.
*2 out of 5*

Well that hook up sums this song up quite easily. Nore seemed a little more energetic along Maze and Musolini all things considered.
*3 out of 5*

This was more of a standard Noreaga song than a remake of the BDP classic of the same name. And did he really have to repeat certain lines at the end of his verses? I never understood that.
*3 out of 5*

The third installment in the "Blood Money" series was good, but not on the level of its predecessors.
*3 out of 5*

I remember bumping the hell out of this back in the day, mostly because of the beat and Swizz was one of my favorite producers at the time. Today, this sounds all over the place, it's busy as hell all around, and it's about one minute and some change too long. Also, Missy seemed out of place here.
*2 out of 5*

The topic of "going legit" can be a captivating one when done right. I can't say that specifically about this song. It's ok, nothing more.
*2 out of 5*

Bless their hearts, Final Chapter tried here, but songs like this had been done to death and MUCH better than what we got. The beat was ok, but it couldn't save this boring song.
*2 out of 5*

11. What The Fuck Is Up?
Featuring Scarlet O'Harlem
Produced By Trackmasters

This was about as apply titled as they got. I liked the beat here and Scarlet's verse, even though it was more of the same, which was the case with Nore's verse as well.
*3 out of 5*

I don't know why, but all I could do was laugh and shake my head at this song. Either this song was sort of out of place on this album, it was truly lackluster, or a bit of both. I mean, I get what he was going for here, but the actual execution left a lot to be desired.
*2 out of 5*

14. Hold Me Down
Featuring Final Chapter and Troy Outlaw
Produced By SPK

Oh God I feel like I'm repeating myself here. Again, we have heard songs like this many times before (and since) and done WAY better. Let's continue on, smh.
*2 out of 5*

Smh, look at what I said about the previous song and apply it here, even down to the rating.


16. Oh No
Produced By The Neptunes

CLEARLY the best song on this album. Nore was about as motivated as he could get on this banger of a track by the Neptunes. (Sidenote: There was a DOPE remix featuring Angie Martinez, Capone, Jadakiss, Big Pun, Maze, and Musolini that REALLY should've been a bonus track on this album, but instead it circulated on mixtapes in '99 and 2000.)
*4 out of 5*

Thugged Out Entertainment and Cash Money linked up for this one. Nore probably felt he had to add some star power to this album, considering that CMR was one of the hottest crews in hip hop at the time. Decent song, nothing more or less.
*3 out of 5*

I know there's one more outro/skit that closes the album, but this song is perhaps one of the worst "last songs" ever on an album. Aside from SPK's beat, the storytelling is just so uninspired, mainly because of Nore's delivery, which is also uninspired.
*2 out of 5*

Oh man, WHERE do I even begin with this, uh, album. For starters, everything and I do mean everything that was present on "N.O.R.E." is NOWHERE to be found on this album. Hunger, inspiration, dope lyrics & production, tight guest appearances, you name it, there was NONE of that here. The term "sophomore jinx" is probably the best way to describe this, and it sounds even worse than it did in 1999. I'm not sure what Nore's thought process was when making this album, as it comes off like a clear "contractual obligation" more than anything else; I understand he lost his father, so I do sympathize with that. He couldn't have been going through an identity crisis, because the "alter ego" of Melvin Flynt didn't help or hurt this album one way or the other. This was one of the most uninspired albums I've ever heard and I can see why he said this album was "half assed," because it was. Outside of "Oh No" and "Sometimes," I wouldn't recommend this in any form, not even to the most loyal Noreaga fan. It's a good thing Capone was coming home soon at the time and they linked up for the DOPE "Reunion" album, which saw Noreaga inspired for the first time since his debut. Much love to you Nore, but this was NOT a good album in any form. 2.5 stars for this atrocity and even that's probably generous.
Posted by Wayne M. at Friday, September 19, 2014