Pre-2003, DJ Premier and Guru had quite the stellar discography under their belts. After their 1989 debut "No More Mr. Nice Guy," which was very good, every album after that saw the duo getting better with each release; all quality, excellent material. "Step In The Arena" is dope, "Daily Operation" is widely seen as their best album, "Hard To Earn" is my personal favorite album from them for mostly nostalgic reasons, and "Moment Of Truth," their first (and sadly only) certified Gold album, was one of the best albums of 1998. Wow, and I began to think what we would've gotten in between, but after MOT, they went their separate ways, not necessarily a "breakup," they just did their own things; Guru would still make guest appearances and continue other side projects, Premo continued to be one of the most popular, sought after producers in hip hop. "The Ownerz" arrived in 2003, and it would mark the unofficial last Gang Starr album. Let's get to it. All songs produced by DJ Premier

1. Intro
Not too much to say about this intro, so let's move on to the real opener.


2. Put Up or Shut Up
Featuring Krumbsnatcha


"Deface property, they be laced properly/Rules are rules, fools are fools I react logically/Ain't no way, so come make my day/Like Tom Hanks I earn long bank and Cast you Away" -Guru

A dope, apply titled way to kick things off, featuring an aggressive tone from the usual easy going Guru.
*4 out of 5*

3. Werds From The Ghetto
Much like Jeru The Damaja and the Group Home did in '92 and '94, respectively, Smiley The Ghetto Child comes with some brief heat over a Premo banger. Since this release, little to nothing has been heard from Smiley.

Brief but dope, simple yet effective. Guru warns against those who attempt to commit sabotage as well as what happens when you choose to go that route.
*4 out of 5*

5. Rite Where You Stand
Featuring Jadakiss

Gang Starr and D-Block link up for this banger, another apply titled cut on this album. Guru and Jada had some good chemistry too.
*5 out of 5*

This is likely one of the more underrated songs in the Gang Starr discography. Over an obvious nice Premo beat, Guru does indeed flex his skills in the most confident way possible.
*5 out of 5*

On an episode of the classic 70s sitcom "What's Happening," Mrs. Thomas once said "it takes a big man to fess/own up to his problems," and she was right. That's what Guru gives us here, admitting what his deadly (or bad) habits were and his plans on dealing with/getting rid of them. He was also right in saying we had no idea the stress it was causing. Kinda deep here.
*4 out of 5*

At this point in hip hop, the track catering to the females was starting become commonplace, so it was no surprise for Guru to come with one of his own. Instead of doing the usual, he went about his version in a creative way, talking about a woman who not only caught his eye, but she's too special and beautiful to be in a place not suitable for a woman. Again, simple yet effective.
*4 out of 5*

"At times I feel like my back's against the wall/And if y'all ain't wit' me, then it's me against y'all"

Yes indeed, and the above lines puts an accurate description on this song. Guru definitely gives the listener a "peace" of mind throughout; he didn't overdo things either. While it was brief, it was to the point, making it that much stronger. Also, Premo's rant against the current hip hop scene at the beginning of this song spoke volumes, and his comments reflect the current state moreso today than 2003.
*4 out of 5*

Oh man, I like this one a little more than I did back in 2003. I've heard it called "Tonz O' Gunz 2," and whether that was the case or not, all involved come hardcore on this one. Then again, you have no choice when on a track with M.O.P.
*5 out of 5*

Much like the first two parts of "Militia," this one was no different in terms of how dope it was. Guru and Shug bring the goods, but Mr. Foxxx, aka Bumpy Knuckles, steals the show with his closing verse.
*5 out of 5*

"For my respect, I just might have to shut you down/Hang your punk ass from a limb, they'll have to cut you down"

"Don't take me for granted because I'm calm and shit/Cause when I flip, I'm gon' take over the ship"

An appropriately titled banger, which finds Guru again showing a more aggressive style, but still cool, calm, and collected with it.
*4 out of 5*

"Let's bring the power to the people"

It may have come off like Guru was embracing the very idea of rioting, but when you listen to this closely, there's a message with his words.
*4 out of 5*

14. (Hiney)
I'm not sure whose bright idea it was to include this pointless skit on the album (and I RARELY have ever complained about something on a Gang Starr album), plus mimicking the Clipse's hot at the time "Grindin" didn't help matters either. Let's move on.

16. In This Life
Featuring Snoop Dogg and Uncle Reo

Some may have looked at Guru and Snoop on a track as sort of a clash of styles, but I certainly didn't see it that. Much like "Rite Where You Stand" with Jada, the chemistry with Guru and Snoop (first time collabo too) was present and it's about as mellow as you would expect.
*5 out of 5*

If he hadn't done so before, Guru was verbally cementing the legacy of Gang Starr on this one.
*4 out of 5*

"Yo I pop your lid, I gotta live/I ain't tall but I can show y'all what a problem is"

19. Eulogy
Premo closes the album giving proper respect to those who have passed away.

This is another one of those albums that has gotten better with age, and I think a large portion of that is because even though this came out 11 years ago, compared to what's out today, it's almost like a breath of fresh air. Another thing is, looking at the title, you have to wonder if Guru and Premo went into this album knowing it would be their last together. That's certainly up for debate, but overall it's a VERY good album, definitely slept on in 2003 when it dropped. I've always referred to this as Gang Starr's most underrated album and I stand by that. Guru still brought the lyrical goods over the usually dope production provided by Premo. What more can you ask for? I'll up my initial 4 star rating to a 4.5, a strong recommendation if you haven't checked it out before, and definitely revisit it if it's been a long time since you've bumped it. 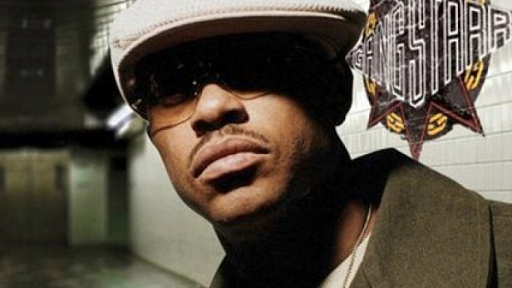