During "Bells Of War" on the "Wu-Tang Forever" album, towards the end RZA stated that "the next Wu-Tang album ain't even comin' out till 2000," and they thankfully that promise was kept, releasing the nicely titled "The W." But before we revisit the album, let's take a look at what the members were up to prior to this album's release, musically. 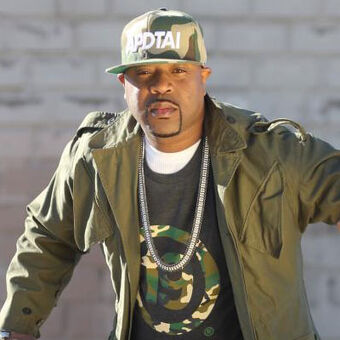 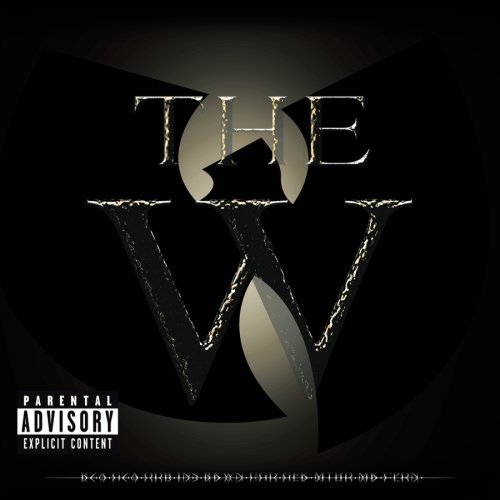 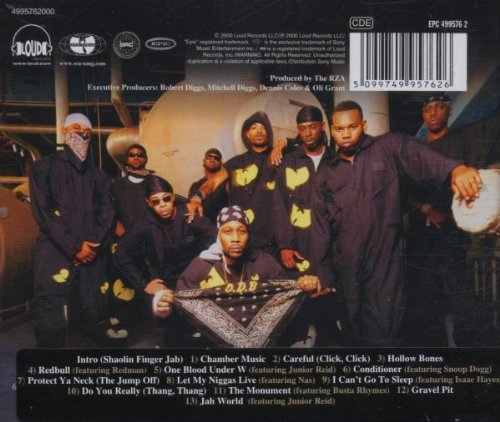 
"Ay yo peep the jump off, ain't nothin' sweet, get dumped off/Frontin' like you won't get deaded and bumped off" -Raekwon

Holy hot damn what a DOPE, fast paced opener this was. The term "we're back" definitely applies to the Clan here, no doubt about it, and all four MCs come lyrically blazing.

This is another banger right here, nothing more or less.
*4 out of 5*

Syl Johnson's "Is It Because I'm Black" brings this one to life, as Rae, Deck, and Ghostface all simply ride this beat in a smoothly rugged way.
*4 out of 5*

Redman made history as the first MC outside the Clan to make an appearance on one of their group albums (more on this later). This one doesn't disappoint, and when you look at the lineup, how could it? Dope stuff here.
*4 out of 5*

5. One Blood Under W
Masta Killa
Featuring Junior Reid
Produced By: The RZA

I'm sure most of you reading this are familiar with Junior Reid's "One Blood," and in this case, we get Wu's version, featuring Reid; plus this would be Masta's first time rocking the mic on the solo tip. It's decent but that's about it.
*3 out of 5*

The late ODB and Snoop had a weird type of chemistry on this one, likely because ODB was as calm as Snoop was and not up to his usual antics on record. (After this song, an apparent freestyle by GZA comes on, notable because of the dope beat he ripped.)
*3 out of 5*

7. Protect Ya Neck (The Jump Off)
The entire Clan except ODB
Featuring Cappadonna
Produced By: The RZA

This is an unsung gem and a worthy follow up to the classic '93 song of the same title. RZA's beat has a nice throwback vibe and of course everyone was feeling it here.
*5 out of 5*

Rae and Deck represent nicely on this apply titled song, but man, Nas kills this joint and it's safe to say he has the best verse. It's still up in the air to me regarding what is the album's best song: this or the previous one. Either way, it's tight as hell.
*5 out of 5*

9. I Can't Go To Sleep
Ghostface Killah and The RZA
Featuring Issac Hayes
Produced By: The RZA

Over a nicely re-worked version of the late Issac Hayes' "Walk On By," leave it to Ghostface and RZA to bring an emotional state of mind to the issue of senseless violence. It's almost laughable at times, but deep down they were serious when you listen to it, plus it almost comes off as a reprise of "Tearz" from "Enter The Wu-Tang (36 Chambers)." "Stop all this crime and be a man." Well said Mr. Hayes.
*4 out of 5*

While all involved bring dope verses, I feel Mathematics' beat had a little too much of a party vibe, which I don't think is what it was going for. Still a good song though.
*3.5 out of 5*

11. The Monument
Raekwon and GZA
Featuring Busta Rhymes
Produced By: The RZA

A good fast paced song, featuring the usual dope verses. GZA closes it on a VERY sharp note.
*4 out of 5*

I feel the Clan had the radio (which this song had limited exposure on) and clubs in mind when they made this, and it's likely one of very few Wu-Tang songs that would not sound out of place anywhere outside of your home or ride.
*4 out of 5*

This was perhaps one of the slowest closers I've heard/revisited in a long time. It's not bad, it's not great, but kinda just there. Thankfully the album doesn't end on this note.
*2 out of 5*

The call and response style was in full effect here. Good song.
*3 out of 5*

Well, my 4 star rating still remains for this album, plus it holds up in spots. And as mentioned during "Redbull," this was the first Wu-Tang album that featured MCs outside the Clan, and in this case, Nas, Redman, Busta Rhymes, Snoop Dogg, and even Issac Hayes contributed well. I also still feel this is the Clan's most underrated album. While "Protect Ya Neck (The Jump Off)" and "Gravel Pit" made small noise in 2000 going into 2001, compared to their first two albums, there was little to no buzz for this album, and you can probably attribute that to the amount of material we got from the Clan individually going into "The W." Oversaturation? You can make a case for that, so in a sense that's what hurt the album just a bit, even with 1.1 million copies sold to date, and with the exception of Ghostface and Meth, all members' sophomore albums were step downs from their predecessors. Overall, it's a very good album, one I would recommend if you haven't checked it out before.