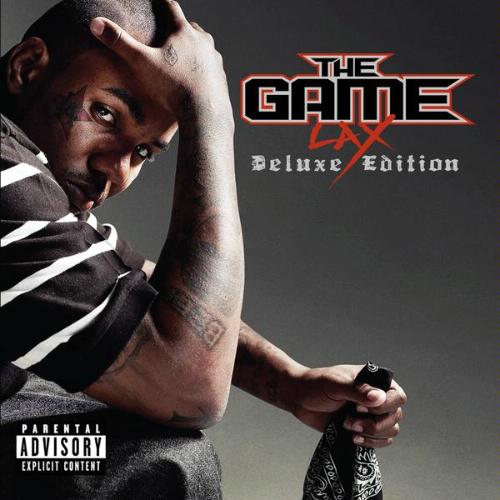 1. INTRO
An opening prayer courtesy of DMX starts things off.

I had no problem with X's intro, but this joint would've been best as the album's opener I feel. This had to have been Game's first time using the "double time" flow, and in his own aggressive way, he did a good job with it.
*4 out of 5*

"California ain't a state it's a army!"

California love, pun intended, all throughout this song. With the legendary Ice Cube on the hook, you could hear Game channeling his "inner Cube" for this one, but being on a song with Cube will force you to step things up a bit.
*4 out of 5*

DOPE collabo with Raekwon bringing his Wu-Tang touch.
*4 out of 5* I liked and appreciated Game's sense of introspection here, but hot damn I could've done without the Lil Wayne, auto-tuned hook.
*3.5 out of 5*

I've often said that even when the overdone subject of money is talked about in hip hop, it can be a good thing if done right and not in a cliched form like it tends to be. Game's version, while not groundbreaking, is great, made more greater by Cool & Dre's TIGHT beat and Betty Wright on the hook, re-working Donna Summer's "She Works Hard for the Money."
*5 out of 5*

This was the total opposite of "State Of Emergency," but not in a bad way. I bet a laid back song like this does sound good riding down any streets in California on a sunny day with the windows down.
*4 out of 5*

Pretty good collaboration with Game and Ludacris. In November of 2008, Luda would release "Theater of the Mind" and Game would return the favor by making a guest appearance on that album.
*4 out of 5*

DJ Toomp comes through with a good beat for Game to rock on, pun intended. Still all about Compton obviously.
*3.5 out of 5*

As evident by the Ne-Yo feature, this was a joint strictly for the ladies. It's ok, nothing more.
*3 out of 5*

The title would suggest something a little deep, but instead this was more of the same.
*3 out of 5*

This was another joint for the ladies and it comes off a little more smoother than "Gentleman's Affair." Mr. Raheem DeVaughn brought it on the hook.
*3.5 out of 5*

I liked the idea behind this song (featuring Common), however, Kanye's beat could've been a little better to match what were very good verses by Game and Common.
*3.5 out of 5*

This is the album's most creative song, but still second best. Game raps from the "spirits" of the gone but NOT forgotten Tupac Shakur, The Notorious BIG, and Eazy-E, three of the biggest influences on his career.
*5 out of 5* The beat bangs, but lyrically this is nothing we haven't heard before (and done better quite frankly).
*3 out of 5* This nice, Keyshia Cole assisted song is all about paying homage to those MCs who made it possible for Game to have a career. I tend to really like songs like this, even if I may admittedly overrate them just a tad.
*5 out of 5*

Game and Nas bring their great chemistry to this excellent song, where they write lyrical lines to Martin Luther King Jr. in true dedication form. And yes, this is the album's best song.
*5 out of 5*

19. OUTRO
DMX's closes the main part of the album.

This is a very good song, but it's nothing we haven't heard before, even from Game. (And I personally don't see how Just Blaze introduced him to Hard Knock Life or vice versa, because Blaze didn't start working with Jay-Z until "The Dynasty Roc La Familia.")
*4 out of 5*

Remember when camera phones were JUST starting to become popular? Well, it didn't take long for hip hop to jump on the trend, then we got songs like this, complete with another Ne-Yo feature. Next please.
*2 out of 5*

Game mixes it up here, delivering his rhymes in English and Spanish.
*4 out of 5*

Well I can start with my rating. I still have "LAX" at a solid 4 star rating. There's a little more filler (and guests) this time around, but it's not a bad album by any means; the Deluxe Edition bonus disc neither helped or hurt the album either. Compared to his first two albums, this one lacked the anticipation and buzz that those albums had, and even by Game's admission he was starting to lose focus a bit. Sales wise, things were different. While it moved 238,000 units in its first week (a good number), overall it has sold 765,000 copies, not the platinum success he was hoping for. Overall, a good album that could've been better with a little more focus and consistency.

After a good number of mixtapes and constant delays, he finally dropped "The Red Album" in 2011, and that's what we'll take a look at next.
Posted by Wayne M. at Friday, June 13, 2014