21 year old King Shampz, representing Philadelphia, PA, reached out to me via Twitter. He recently dropped the following mixtape, titled "All Hail The King", so for an upcoming cat doing his thing, trying to get his foot in the door, as well as take hip hop back to its essence, I'm showing my support! 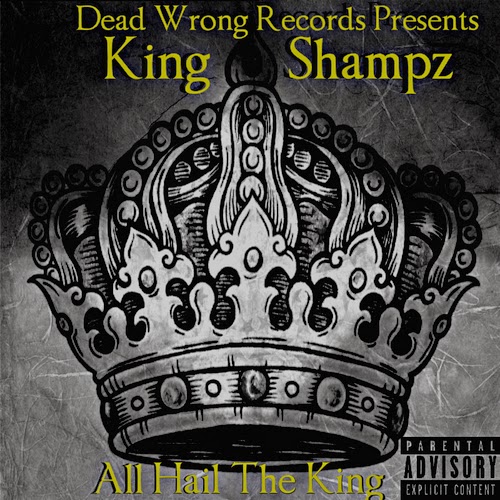 Starting things off, we get a 1:43 intro, where Shampz is already making his mark, proclaiming it be his "coming out party". This was a nice way to start the mixtape, plus he scored immediate major points with me by using a true classic breakbeat to flow over.

The mixtape itself overall is pretty solid. Mr. Shampz clearly has a lot to say (with good reason), and he does so with rugged ease and nice breath control. Azzan's production is a very good match as well, with all of this coming across on highlights such as "Raw," the closing "Rocc On," "It Is What It Is," the introspective vibes of "Just Wanna Know," "Comin At Cha," "Tonight" (this one felt like I was back in '93 or '94 throughout), and Azzan assisted "Homicide."

King Shampz and Azzan did a very good job with this mixtape, which felt like an album moreso I think. Much props to them and DeadWrongMusic, and much success to them in the future. Below is the link to the mixtape and some additional info.