The BCC Files: Past, Present & Future


Heading into 1997
After the release of four quality albums in a row, to say that anticipation for the first ever Boot Camp Clik album, "For the People," was high would be an understatement. After appearing on each other's albums, to get them on the same album seemed like a "can't miss" project. Unfortunately, it did, but let's talk about it's sole highlight first.

The Swan & Boogie produced classic, "Headz Are Reddee Pt. II", was straight fire. All of the elements that made the crew so dope were present here, but I could never say the same about the rest of the album, which paled in comparison to this one song. Two things were immediately clear, 1) the production was a complete step down from the previous albums and 2) for some reason, the chemistry/spark that was there was also missing. Regarding the former, to this day I'm not sure what the story was (whether the crew abandoned Da Beatminerz because they wanted to go in a different direction, production wise, or if Evil Dee and Mr. Walt decided to not participate in the album for some reason), but not having Da Beatminerz behind the boards on "For the People" was a huge disappointment for fans and critics following the crew since 1993. The differences were obviously noticeable and not very good. On the latter, whereas every time each member got together on the prior albums the chemistry was always there, it was sadly missing from the album, and it was just as noticeable as the production. Although it moved just 350,000 units to date, it was a critical failure and from there, it seemed like all the momentum they had came to a complete halt. There were some label issues, and not long after the release "Dah Shinin," Tek and Steele were hit with a cease and desist order (from the Smith & Wesson" firearms company) due to their use of the name "Smif N Wessun", so it led to them using "Cocoa Brovaz" from 1996 to 2005. Also, sophomore albums from the members (WarZone, The Rude Awakening, Magnum Force and MPire Strikes Back), while ranging from decent to very good, were nowhere near close to the quality of their predecessors, each receiving less buzz and promotion as well. As you can see, they entered a shallow period, and although it took a while, they rebounded and maintain a respectable following today.

Solo albums
When it comes to solo albums from the BCC, Buckshot released "The BDI Thug" in 1999 and Steele dropped "Welcome To Bucktown" and "Amerikkka's Nightmare, Pt. 2" in 2009 and 2010, respectively, (I'm not sure if Tek's "24K Smoke" ever saw the light of day) but the leading man, if you will, as far as BCC solo work is concerned is Sean Price A/K/A Ruck. In addition to the ok "Master P" mixtape, P dropped three excellent albums in "Monkey Barz" (2005), "Jesus Price Supastar" (2007) and "Mic Tyson" (2012). A word on "Mic Tyson" if I may. When I first heard it, I thought it was nothing more than a glorified official mixtape. I revisited it a few months later , and I honestly shortchanged it a little bit, it's pretty good. I don't think the next section of this post has been covered by anyone else, but I want to talk about other solo albums and collaborations that may not have been planned, but would've been cool to see. 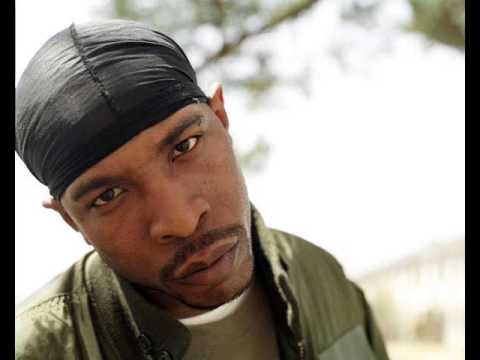 No disrespect to Top Dog and Louieville Sluggah, but Mr. Wondah was always the lyrical standout of O.G.C. He was usually very good with his guest appearances, and every time I listen to "Hurricane Starang," I continue to think about what he could've brought to the table with a solo album. 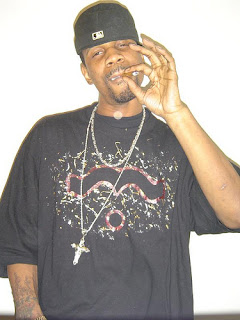 THIS is a popular one for me personally. There was rarely a dull moment when Rock was on the mic. Energy, punchlines, confidence, this guy had it. He released a "Shell Shock" mixtape (which I still haven't heard), but I'm not sure why he hasn't released a true solo album and if he ever will release one. (On September 22, 2017, Rock finally released his debut solo album, the awesome "Rockness A.P.")

Now I know this isn't "solo," but was I the only one hoping for a "Fab 5" album after "Leflaur Leflah Eshkoshka?" Not only do I feel they could've pulled it off, I also feel it would've worked well as a concept album.

Oh yeah, any of you remember this???

Another thing that comes to mind is the surprisingly small number of Wu-Tang/BCC collabos. These were two of the dopest crews in the 90s and I feel their talents brought together would've been a welcomed addition to hip hop (much like Wu-Block in recent years), especially back in the day. We did get the Raekwon featured "Black Trump" from the Cocoa Brovaz/Smif N Wessun album "The Rude Awakening," which was dope, and it's the first one to come to mind. Man, can you imagine Starang and Inspectah Deck on a RZA track, Raekwon, Ghostface Killah, Tek and Steele on a Beatminerz track, and what about Method Man and Sean Price trying to one up each other on the same song? The possibilities are still there and it almost seems like dream collabos at the moment. (We would end up getting some "Wu-Camp" collabos on the aforementioned Rock album, as well as Sean P's "Imperious Rex." Dope? Yes indeed.)

Feel free to share your thoughts. What are some of your favorite BCC albums (solo and group), songs, collabos, members, verses, etc???