Coming in second to Nas' "Stillmatic", in 2001, this was a heavily anticipated album for me. I mean, waiting for the next Jay Z album was an automatic thing in my case, but what pushed it over the top was his performance of "Izza (H.O.V.A.) at the BET Awards that year, and if my memory serves me correctly, this was the actual debut of the song. Either way, I was hyped for this album, couldn't wait for September 11, 2001. And speaking of that date, that brings me to my next fact. I bought this album on that very day, along with Redman's "Malpractice", from Circuit City. I remember watching the big screens in shock and horror, at the coverage of the attacks on the World Trade Center and the Pentagon. Needless to say, I'll never forget that day and my thoughts and prayers continue to go out to all the families that were affected by that tragedy. Also released on this day was Fabolous' debut, "Ghetto Fabolous". 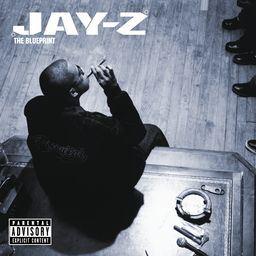 THE ALBUM
1. The Ruler's Back
"So off we go, let the trumpets blow/And hold on because the driver of that Bentley is a pro/The ruler's back!"

"Well in these times, well at least to me/There's a lot of rappers out there tryin to sound like Jay-Z/I'll help you out, here's what you do/You gonna need a wide lens cause that's a VERRR big shoe"

I LOVE this opener, one of the best ever. Slick Rick's song of the same title is the influence here, also paying homage to him at the same time. Nice all around.
*5 out of 5*

I have A LOT to say about this, but just know that I feel it's one of the top 5 best diss songs of all time, no question.

"The takeover, the break's over nigga/God MC, me, Jay Hova/Hey lil soldier you ain't ready for war/R.O.C. too strong for y'all/It's like bringin a knife to a gun fight, pen to a chest/Ya chest in the line of fire wit ya thin ass vest"

That first verse was mean, but he wasn't done, oh no.

"I don't care if you Mobb Deep, I hold triggas to crews/You little fuck I got money stacks bigger than you/When I was pushin weight, back in 88/You was a ballerina, I got the pictures I seen ya"

"Don't let em gas you like Jigga is ass and won't clap you/Trust me on this one, I'll detach you"

Hot damn, that second verse remains a career altering verse to this day. Before I talk about its effects (again), first a little backstory. Remember that "New York's been soft ever since Snoop came through and crushed the buildings" line from "Money, Cash, Hoes"? As mentioned before, Prodigy of Mobb Deep was one who spoke mostly about it, but not on record. He attempted to call out Jay in interviews when asked about it, and of course, those words did not go unheard and what resulted was a scathing verse from Jay. The album that Jay was referring to had to have been Prodigy's debut solo album, 2000's "HNIC". I've said it many times before and I'll still say it today, this one verse forever altered Prodigy's career, especially on a lyrical level. Any doubters, look no further than Mobb Deep's 2001 album "Infamy", and his performance on that album speaks for itself. When he came at Jay, he did so in the most half hearted way possible on "Crawlin", sealing his (lyrical) fate. I've said this before too (bias aside, and I like Prodigy too), but when it comes to striking back at someone the caliber of Jay Z, you better come correct or don't come at all.

"Went from Nasty Nas to Esco's trash/Had a spark when you started but now you just garbage/Fell from top 10 to not mentioned at all/To your bodyguards Oochie Wally's verse better than yours/Matter of fact you had the worst flow in the whole fuckin song, but I know, the sun don't shine, the sun don't shine"

Yes, Nas is my #1 favorite MC of all time, so this was stunning at the time. Rather than give the same exact thoughts, check out this "Nas vs. Jay-Z: The Battle" post for further context.

I will say that while Nas was never garbage, he did enter into one of the darkest periods of his career, starting with the "Nastradamus" album. And I'll admit, "fell from top 10 to not mentioned at all", this did happen and he was all but written off critics and fans alike (that would change). I do disagree with Jay on the "Oochie Wally" comment. Although it was the worst thing Nas had done lyrically, in no way were the Bravehearts verse better than his.

"So yeah I sampled ya voice, you was using it wrong/You made it a hot line, I made it a hot song/And you ain't coin nigga, you was gettin fucked then/I know who I paid God, Serchlite Publishing"

Man, had this been anyone else, their career would've been over, BUT, this would light a fire under Nas, the likes of which we have never seen before. And trust me, I'll get to that!

"Twinkle toes you breakin my heart, can't fuck wit me/Go play somewhere I'm busy/And all you other cats throwin shots at Jigga/You only get half a bar, fuck y'all niggas!"

"That's the anthem, get ya damn hands up!"

This is another song I love and it brings back so many memories from 2001. To me, this song was nothing but a celebration of his continued success.
*5 out of 5*

Jay's love of the girls is on full display, appropriately titled indeed. I need to revisit this video too, lol.
*5 out of 5*

Track Masters' beat was decent, but something was missing here and I'm trying to refrain from saying Jay was lyrically sleepwalking on this one. This is the ONLY low point on this album.
*2 out of 5*

"I'll sell ice in the winter, I'll sell fire in hell/I am a hustler baby I'll sell water to a well"

This fast paced song is dope, probably one of Just Blaze's most famous beats.
*5 out of 5*

A little Spanish influence, made all the more dope with Jay on the mic and Timbaland behind the boards.
*4 out of 5*

"What's all the fuckin fussing for, because I'm grubbin more/And I pack heat like I'm the oven door/Niggas pray and pray on my downfall, but every time I hit the ground I bounce up like round ball"

I REALLY like the soulful vibe provided by Kanye West here, thanks in part to well placed sample courtesy of Bobby Blue Bland. Even after songs like "Can I Live", "Lucky Me", etc, Jay still can't got a moment's rest or pleasure due to all of his success, leading him to ask "where's the love?" Also, this song (the instrumental) was included on a commercial a few years back (can't recall which one), showing its impact.
*5 out of 5*

"From the womb to the tomb, from now until my doom/Drink Army from one cup, pass it around the room, that's the ritual"

I don't think anyone has mentioned this until now, but you can tell Jay was listening to Nas' verse from "Verbal Intercourse" prior to creating this song, and that's no accident (nor was it a coincidence), even if he and Nas were bitter rivals at this point. Either way, it's debatable at best regarding whether he had/has changed or not, but this is a very good song.
*5 out of 5*

"They say you can't turn a bad girl good/But once a good girl gone bad, she gone forever"

Speaking from experience, dealing with a breakup, or in my case a separation that led to a divorce, is a hard pill to swallow, and I can tell Jay was felling that way here. And when infidelity and neglect plays a role, you're bound to lose what you once had. Nice song.
*5 out of 5*

This apply titled song is another very good one, nothing more or less.
*4 out of 5*

"Muthafuckas say that I'm foolish, I only talk about jewels/Do you fools listen to music or do you just skim through it"

That second line is a damn good question Jay asked, and I certainly would ask the same thing today. Nevertheless, Eminem shows up for the album's sole guest appearance, coming through with a great performance on the mic and behind the boards. Bias aside, let me speak on something, and this will likely spark a debate. As mentioned, Em's verses were great, there's no denying that, but did he "murder" Jay on his own song, something that's been said for years now? In my opinion, no, because Jay more than held his own with Em throughout the song. Go back and revisit this in a recommendation from me. Coincidence or not, I don't think they've been on the same song since, and some would argue that's because Jay didn't want the same thing to happen again. That's debatable at best too. Other than that, great stuff here.
*5 out of 5*

Jay thanks his mother for giving him life, that's the Blueprint.
*5 out of 5*

"I'm far from being God, but I work goddamn hard"

Song 13 would've been an awesome closer, but in what had become a trend on albums 3 and 4, Jay includes two bonus tracks. This "lyrical exercise" is just what the title suggests, and speaking of titles, he also claims the following, leading the league in 6 statistical catagories:

Not only is this part 2, but it comes with new (at that time) lyrics as well. It's good and it runs neck and neck with the original.
*5 out of 5*


Wow, THIS has aged well too. It's been said that Jay recorded this in 3 weeks. Whether he did or not, it's irrelevant, as this is an outstanding album, the 2nd best album of 2001. Saying he was still lyrically sharp is an understatement. The production was truly on point (and of course everyone jumped on board afterwards, coming with more soulful production), and of the producers, specifically Just Blaze and Kanye West, they became big names due to their contributions, especially Kanye. Jay has always said that "The Blueprint" gives "Reasonable Doubt" a run for its money and I agree 100 percent. It's my 2nd favorite Jay-Z album after "Reasonable Doubt" and it'll remain timeless.

5 stars
Success
*The album moved over 420,000 units in its first week, also becoming his 4th consecutive album to reach #1 on the Billboard 200 chart
*Certified double platinum