And here we are, one of the greatest albums in all of music period. Not only did PE create an album that clearly bested its debut, but this one groundbreaking album still continues to receive deserved praise and gets better with time. There are straight classics up and down the lineup. Chuck's views on social and political themes begin with this album, specifically in the form of "Don't Believe The Hype", in which he's essentially saying don't believe everything being fed to you, especially from the media. He also delivered awesome storytelling with the classic "Black Steel in the Hour of Chaos". Add in additional classics like "Bring The Noise", "Night of the Living Baseheads", "Rebel Without A Pause", just to name a few, you have the makings of a true classic. No amount of praise can describe this album's impact.

This album has always been a personal favorite of mine. I remember owning this on cassette back in the day, and it was another one of those tapes that I rocked till it popped! Around the time I started my CD collection, this was out of print and it remained that way till April 22, 2008 when it was reissued via Fontana Distribution. Prior to that, I tried every search possible to find this album, but with no luck, and that’s until I logged onto Ebay in early 2008 and put in a heavy $20 bid in, and I won this auction also! Saying I was excited was a complete understatement, and it was good to finally add this classic album back to my collection after so many years.
As far as the album goes, it was one of the best albums of 1991. Large Professor shined on the mic and behind the boards, as well as introducing the world to the greatest MC of all time, Nas, on “Live At The BBQ”. 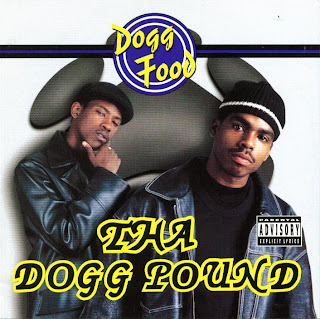 Another release from Death Row Records makes my list. I kinda went back and forth regarding which slot it would take, surprisingly, lol. After contributing to "The Chronic", "Doggystyle", and the "Murder Was The Case Soundtrack", it was time for Daz and Kurupt to release their 1995 debut. This was another anticipated release from the label and as far as I'm concerned, expectations for this album were met and exceeded. Kurupt was still in top form on the mic at this point, with Daz right behind him, also good on the mic and great behind the boards (Daz was underrated as a producer even then). Their chemistry with each other was very good. "Dogg Pound Gangstaz" is one of the illest album openers I've ever heard, followed by the equally awesome "Respect". The song (and video) "New York, New York" garnered some controversy, however, with hindsight being 20/20, it's a very good song. The rest of the album is straight fire throughout, no filler that I can think of. Although they would release other albums together over the years, subsequent albums pale in comparison to "Dogg Food".
#24.

Released in 1984, this is the album that started it all and not only does it still hold up WELL after 28 years, it remains their best album and one of the greatest albums of all time. Whether it was talking about the issues at the time ("Hard Times"), biggin up their DJ ("Jam-Master Jay"), integrating hip hop and rock for the first time ("Rock Box"), they were at the top of their game, early game on this album, and it has aged quite well. 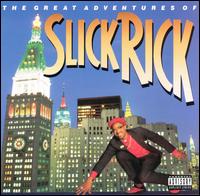 I thank God for blessing Slick Rick with the talent to create this album, because I believe had it not been for this album, I shudder to think where storytelling in hip hop would be. Backed by the usually production from two members of Public Enemy's production team The Bomb Squad (in this case Eric Sadler and Hank Shocklee), as well as one track by the late great Jam Master Jay (The Ruler's Back), and production from Rick himself (Mona Lisa and Children's Story, just to name two), his charisma and storytelling acumen could never be denied, and it's some of the finest you'll ever hear. Classic material. I'm not sure if I'll create a post past 25, but we shall see! Stay tuned!
Posted by Wayne M. at Saturday, March 23, 2013