A brief review of Masta Killa's "Selling My Soul" 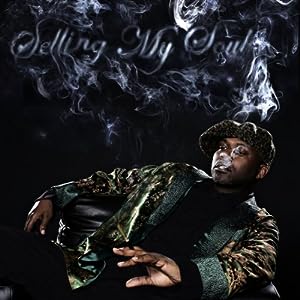 I can tell you right now, this IS going to be a very brief review, no question, lol. It might be, lol. Wu-Tang Clan's Masta Killa doesn't have an extensive discography. He has released "No Said Date", his excellent debut, and the forgettable "Made In Brooklyn" (except for the banger "Iron God Chamber"), but outside of that, we haven't heard too much from him, other than the occasional guest appearance here and there. Aside from announcements on Twitter, this album was released VERY quietly, and I doubt if even the most hardcore Wu-Tang fans know of its existence. Let's check it out.

Things start off well with the apply titled "Soul and Substance", and that's exactly what we get on this song, and it may very well be the best track on this album. Imagine that, the very first song is the album's best. "Things Just Ain't The Same" is very good, and I'm an admitted sucker for songs that take us back in the day, and reflecting on how things USED to be, hence my STRONG nostalgia. "R U Listening" is dope too, and if Ghostface used that beat before, I seriously cannot recall what song it is.  The 9th Wonder produced "Food" is good too, as well as the apparent ODB tribute, the album's closer "Dirty Soul", and I'm afraid this is where the praise ends.

The ONLY guest appearance on this album is in the form of Tha Dogg Pound's Kurupt, and both he and Masta sound so uninspired on the apparent ode to Cali, "Cali Sun".  Other songs either show Masta coming off like he'd rather be anywhere else but in the studio, not to mention your typical song for the female audience (Divine Glory), and not only does it COMPLETELY miss the mark, but it may be the most R&B styled song I've ever heard from a Wu-Tang member.

In closing, is the title of this album spot on? Well, in certain cases it is. There's literally NO Wu-Tang sound anywhere on this album except for "Dirty Soul". I like Masta, but it seems like this release was just thrown together at the last minute, and I honestly can't recommend this one in good conscience, not even to the hardcore Wu-Tang fans. I'd give this a somewhat generous 2.5 star rating, nothing to hear on this one, and it's definitely worse than "Made In Brooklyn", imo, but that's not saying much. This has definitely not been a good week for hip hop releases, smh.
Posted by Wayne M. at Wednesday, December 12, 2012