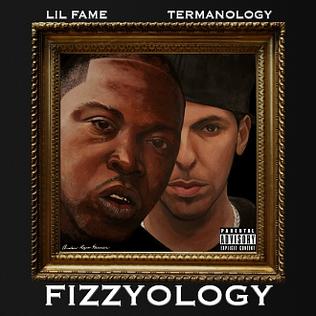 Lil Fame (one half of the aggressive duo M.O.P.) and Termanology surprised me a little when they announced this album several months back, however, I did say I would cop it when it was released, and that's what I did!

What you hear is what you get with this album, and that's a very good thing, as Fame and Term employ the simple yet effective tight beats and rhymes all through this album, displaying good chemistry throughout. Speaking of beats, most of this album is produced by Lil Fame himself (going by Fizzy Womack) with the exception of six tracks (more on those later) and he does a very good job, especially on the tight opener "After Midnight", the Bun B assisted "Hustler's Ringtone" (Bun STILL has it too, and don't let that title fool you, this is hard right here), and "The Greatest". In addition to Bun B, there's a respectable number of guests on this album. Freeway brings it the hardest I've heard from him in a LONG time on the Statik Selektah produced banger "From the Streets", Billy Danze (the other half of M.O.P.) stops by on "Crazy" (which could've been better), and of course the album's best song, a hardcore DJ Premier produced track titled "Play Dirty", which features top notch verses from Fame & Term, as well as guests Styles P and Busta Rhymes (and by listening to Busta on this track, you wouldn't think he would be on YMCMB).

Towards the middle of the album, things begin to slow down a bit. "Lil Ghetto Boy" (once you've heard any hip hop song with this title, you've heard them all), "Family Ties", "Not By You", and the R&B inspired "Pray For Me" interrupts the momentum of this album ("Pray For Me", in my opinion, is out of place on an album like this), but it quickly gets back on track for the 2:05 "Endtro (Fame & Glory)", as once you begin to get into this song, it's over.

Overall I like this album, but as I mentioned the middle portion slows things down and that affects the quality, but not too dramatic though. Everything else on this album is great stuff and I recommend it as a purchase.

Recommended listening- Lil Fame hasn't released a solo album to this day, but if you're not familiar with M.O.P.'s discography, check it out. As for Termanology, definitely seek out his second album with Statik Selektah "2012".
Posted by Wayne M. at Tuesday, November 06, 2012