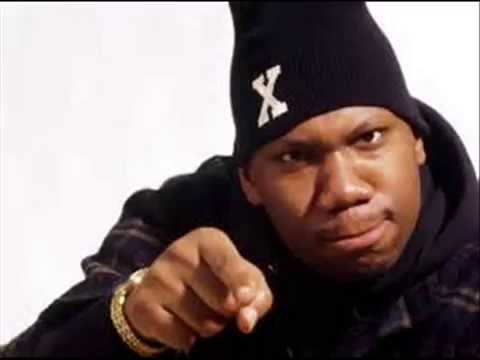 There's no question that KRS-One is a hip hop legend with a Hall Of Fame worthy career. Whether you call him Da Blastmaster, Da Teacha, or just Kris, he's one of the greatest of all time. From his beginnings with Boogie Down Productions till now, his contributions to hip hop are still celebrated and respected, in my view. The original BDP crew consisted of KRS-One, DJ Scott La Rock (RIP), and D-Nice (the late Ms. Melody also came along for the ride). KRS' legacy begins with this classic from 1987. Just about every song on this album is a classic in some form (I remember going crazy when I first heard "Poetry"), not to mention "The Bridge Is Over", his memorable diss to MC Shan and The Juice Crew, set a new standard for other diss records that followed. Nevertheless, this is one of those hip hop albums that'll always stand the test of time.

5 favorite songs- The Bridge Is Over, Poetry, South Bronx, Criminal Minded, and Word From Our Sponsor "I had nothin left and it was scary/So I dropped By All Means Necessary/Another hip hop group that was a friend of me/Was the revolution crew called Public Enemy/It Takes A Nation of Millions To Hold Us Back/These two albums set off consciousness in rap". Truer words were never spoken. Several months prior to the release of this album in 88, Scott La Rock was senselessly murdered, which prompted a change in philosophy regarding KRS/BDP's music, and that was very evident in this sophomore album. Inspired by the infamous Malcolm X photo for the album cover, this was groundbreaking as it was entertaining and thought provoking, as KRS' intelligent take on social and political topics was something that we all needed to hear (citing "Stop The Violence" and "Illegal Business" as two popular examples). That doesn't mean that his lyrical gifts were abandoned, which were clear on the classics "My Philosophy" and "I'm Still #1". "And KRS already made an album called Blueprint!" -Nas

He certainly did, and this is what we got in 1989. It's not on the level of the first two BDP albums, but it's still excellent in its own right. KRS dropped mad hip hop science on this album, largely in the form of "Why Is That" and the apply titled "You Must Learn". They have to be heard to be appreciated. Overall, his hot streak continued.

5 favorite songs- You Must Learn, Why Is That, Jack of Spades, Gimme, Dat (Woy), and The Blueprint

Another excellent album, also one of the most creative album titles ever, "Edutainment" (EDUcation, enterTAINMENT). KRS' momentum continued into 1990 and he delivers on this album. On the song "House N*****", he quotes one of the most powerful lines I've ever heard, "in the face of intelligence, ignorance dies". WELL said. This may be the most underrated BDP album.

Although this was released in 1991, most of this had to have been recorded between 1988 and 1990. This is hip hop's first live album, and again, KRS delivers. This entire live set is very good, but when I listen to the first half today, all I can do is reminisce on how great live hip hop shows were back then. Even at the time this was released in 1992, hip hop was beginning to head in a new direction, and it was clear that BDP's time (as a group/entity that is) was slowly but surely coming to an end. It's still a decent album. Highlights here include "Duck Down", "Build And Destroy", and "13 And Good". I've already covered this one on a previous. Check out the review.

1995 was an awesome year for hip hop (as documented on my blog) and this album is one of the reasons why. KRS' string of tight albums continues here, and of course he delivers. A few people I know have said this album is better than "Return of the Boom Bap". While I respectively wouldn't go that far, it does give it a run for its money to be sure.

Believe it or not, I JUST got around to adding this to my collection a few months ago. It was on my radar in 97, but I never had the chance to buy it. It's definitely a very good album, and quite possibly his last good one.


I never checked out "Maximum Strength", "The Sneak Attack", "The Mix Tape", and "Spiritual Minded". And speaking of "The Mix Tape", this allows me the time to talk about that "feud" with Nelly for a bit. EVERYONE knew (and still knows) that Nelly is NO competition for KRS, never has been, never will be, and that's a fact, no matter what the end results were. This album was released quietly in 2003, and it was slept on as a result. It's a very dope album, and I'm a little surprised I haven't added it to my collection yet. I may do so in the future.

(Update:  This 4 star album was added to my collection.)

"D.I.G.I.T.A.L.", "Keep Right", and "Life" are three additional albums of his that I never checked out as well. It wasn't out of a lack of interest, but rather I just never got around to it.

I first heard this via Spotify several months ago, and while it's decent, this would've been world's better had it taken place circa 1987-1995, but we all know why it didn't happen then, thanks to the "bridge wars".

(Update: This will likely be added to my collection.)

"Adventures in Emceein" and "Maximum Strength 2008" largely came and went with NO fanfare. I was a little surprised when I heard this collaboration album was happening, and when I heard it, I of course liked what I heard. Even though he and Buckshot have always had different styles, they both meshed well together and what resulted was a damn good (slept on) album.

5 favorite songs- Robot, Clean Up Crew, Connection, The Way I Live, and Amazin

Regarding this collaboration album with long time Wu-Tang producer True Master, again, had this happened in another timeframe (specifically 96-99), this would've been a lot better, but it was another one of those projects that was too little too late, and the feedback towards the album was largely mixed.

(Update: I added this to my collection. 4 stars)

Man, can you imagine a collabo album with Show and KRS in either 94 or 95? That would've been amazing, plus collabo albums like that weren't a trend at that point. Either way, this is a fairly decent album.

ANOTHER collabo album, this time with DJ Kenny Parker. The results this time around are largely the same, as it's a decent album, but nothing special.

(Update: I also added this to my collection, another 4 star album.)

I can tell you one thing, I appreciate this man's discography moreso now than ever before, as you can definitely learn something on anything he's a apart of. Books can be written about this man's career and what's he done for hip hop since Criminal Minded. One of the greatest of all time.
Posted by Wayne M. at Saturday, October 27, 2012