My own star rating system

One of the most subjective activities when it comes to hip hop albums, the star ratings is one thing most of us have and we utilize said star rating system accordingly. Another thing I can say is that we all share different views when it comes to how we rate albums and why we give certain albums a specific rating. My system, which I will go in depth on later in this post, is directly influenced by The Source magazine's system, and although it's still in use today, that very system was once revered and respected, until Benzino received creative control that is. I can honestly say that my system (and how I view albums) is probably different from others, respectively, so with that in mind, I want to present to you my own star rating system.

This is my system in a nutshell, and it's a system I've been using for years. And it works of course! One thing I do want to discuss in a few details is the 5 star rating. Now, that rating, along with the word "classic" is often used, abused, and thrown around freely. When it comes to the 5 star rating, that type of accolade should be coveted I feel. And speaking of that rating, here's how I determine what a 5 star album is and what an album needs to have in order for me to award it that rating:

Quality (Subject matter, storytelling, creativity, cohesiveness, originality, lyrics)
Production (Has to be very good/excellent/superior all around, with very little dull moments)
Nostalgia (This one speaks for itself, as most of the albums I've awarded 5 stars to have a strong nostalgic vibe with me)
Replay factor (Has to be memorable and replay worthy as the years go by, and it has to age well also)

I'm sure there are a few more items, but the ones I just mentioned play key roles in my awarding of 5 stars. I'm not sure if any of you do this, but on an album that has maybe 1 or 2 filler tracks, I still have no problem giving it 5 stars as long as the material surrounding the "filler" is strong. For example, Jay-Z's "In My Lifetime Vol. 1" is my 3rd favorite album from him, and although this album has two forgettable tracks in the form of "Sunshine" and "I Know What Girls Like", the rest of the album is quite excellent and so strong that it outweighs those two tracks by a LARGE margin. And yes, it still receives a 5 star rating from me! Biased? Yes, I'll admit that, but it's still as legit as they come.

Now let's take a look at some of my own personal album selections (at random) using my system. In the interest of time, I won't do my ENTIRE collection, lol!

I've explained this a few times in previous posts why I (and others) give this album 5 stars. Instead of using a popular pick, which would be my favorite album of all time, Nas' "Illmatic", I decided to use my #2 favorite album in its place.

Other notable 5 star albums (I'll name some that are not in my top 5, lol)
Scarface- The Fix
Eric B. & Rakim- Follow The Leader
Brand Nubian- One For All
UGK- Ridin Dirty
A Tribe Called Quest- The Low End Theory 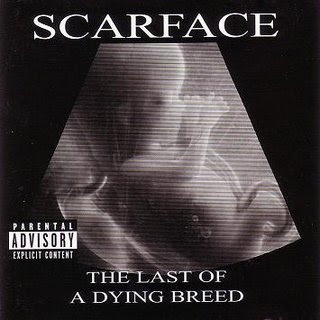 This excellent album from Scarface was really on the verge of receiving the 5 star rating, BUT, had the song "In & Out" not been on this album, we would be looking at that coveted rating for this album..That's the thing with 4.5 star rated albums. On any given day, said albums could receive 5 stars, but something such as a song that shouldn't made the album, a few needless skits here and there, etc, it's usually something small that keeps an album from reaching the top rating.

Yes, I had to use Nas in this! "It Was Written" has always been an excellent album and my rating of 4 stars has stuck to this day. Songs like "If I Ruled The World", "The Message", "Street Dreams",  and "I Gave You Power" automatically gives this 4 stars, but what keeps it from a higher rating are "Suspect", "Watch Dem N*****", and even the Mobb Deep featured "Live N**** Rap". Don't get me wrong, those songs are far from wack, they just don't measure up to the quality of the rest of the album. 4 star albums are usually very excellent and nothing more.

This may be a high rating for this album to some, but I've always given this a solid 3.5 star rating (compared to The Source's 4 star rating for their review at the time) and I still stick by that rating. That rating is mostly for the very good production from Havoc and catchy songs ("Pray For Me", "Get Away", "Burn-The Learning",  and the cinematic sounding Alchemist produced "Get At Me"). Other factors drag this rating down, such as the hit and miss (largely misses) performance on the mic by Prodigy, and not to mention a few very questionnable songs ("Handcuffs" and "Hey Luv" anyone???). When you essentially have a"half & half" like this one album, you're guaranteed a 3.5 star rating, and that's very good.

I went through my entire collection trying to find a 3 star rated album (and there aren't too many I give that rating too), so this 3rd album from 50 Cent made the cut, and again, that may be overrating it too some. This album starts off on the right note with four very good songs after the intro ("My Gun", "Man Down", the Akon assisted "I'll Still Kill", and 50's last true popular track "I Get Money"). But after that, this album falters in big way. Songs like "Movin On Up", "Fully Loaded Clip" (even with it's somewhat ridiculous hook), and the Mary J. Blige featured "All Of Me" are saved by very good beats and not too bad lyrics, but the rest of the album is mostly forgettable. Basically what you see is what you get with a 3 star album. You'll be entitled to a mix of good and forgettable songs at the same time.You may find yourself revisiting the album, but it just depends on the artist.

Fugees' 1994 debut is mostly forgettable, especially since they released the CLASSIC album "The Score" in 1996, but, this album is SAVED completely two classic tracks ("Nappy Heads Remix" and "Vocab"), the rest of the album is largely filler in my opinion. You can say they were working out their sound at the time, but that doesn't change the fact that this album is all about those two tracks, which warrant its 2.5 star rating alone. Slightly above average indeed, that's it. 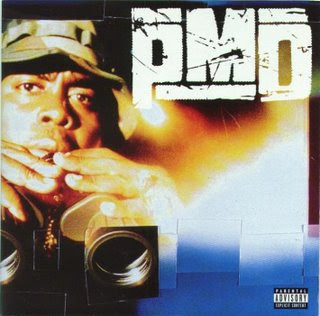 I remember around the time I started this blog I posted a topic with this album saying it's the worst album I own, and that still holds up today. PMD will be best known for his contributions with Erick Sermon as part of EPMD, definitely not for any of his solo material, and this was as pedestrian and unacceptable as they come. Hell, 2 stars may be too damn generous for this album. Average yes, but still nothing noteworthy whatsoever.

(Update: I would later revisit this album in the form of a post.) 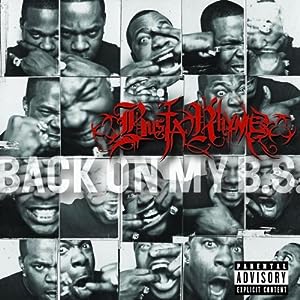 Smdh, need I say more about this atrocity, which was also Busta's worst album ever? "BOMB" is a very appropriate acronym for this album.


Surprisingly, I own no "1 star albums". And there you have it faithful readers, my star rating system and everything related!
Posted by Wayne M. at Wednesday, September 05, 2012