When it comes to an artist's first album, they essentially put their all into that album, on all levels. It's almost as if it's a statement of sorts, and if you fail in any form on your first album, that's not a good look at all. And depending on the caliber of the artist, sometimes they rebound well when they release the second album. In this post, I'm going to take a look at artists whose second albums were better than their first (and that list is not long either), as well as artists whose second album gave their first a run for its money. Some have been able to avoid the term "sophomore jinx", others haven't.


Artists whose sophomore albums were better than their debut

We begin with the late, great 2Pac. 1991's "2Pacalypse Now" was a very good debut, but he's one of those artists who continued to grow and get better with each successive album, and that's certainly the case with "Strictly 4 My N*****". Pac's second album is home to one of his most introspective songs in "Keep Ya Head Up", as well as other strong tracks like the awesome opener "Holler If Ya Hear Me", "Point the Finga", the Ice Cube & Ice-T assisted "Last Wordz", and "5 Deadly Venomz" featuring Treach (of Naughty By Nature), Live Squad, & Apache. This album for some reason is rarely talked about, but make no mistake about it, it's better than his debut. "The Slim Shady LP" was very good, but Eminem's crown jewel in his discography is "The Marshall Mathers LP", not only from a commercial standpoint, but from an artistic one as well. He may have crossed a few lines on his second album, but that was one of the beauty parts of it, pushing the envelope. And it worked.

"My 98 was 87 on a record yo!" It certainly was. "Yo Bumrush The Show" was a damn good debut, but long time fans such as myself know that "It Takes A Nation Of Millions To Hold Us Back" beats that album by supreme leaps and bounds. Public Enemy's second album is SO phenomenal, one of the greatest albums of all time. Chuck D (much like KRS in 88) explored and rapped about social and political topics with such passion and force that you couldn't help but listen, and it remains timeless to this day. 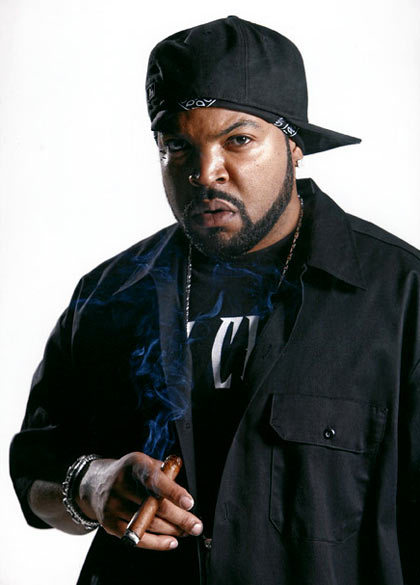 Linking up with the awesome Bomb Squad in 1990 for his debut album "Amerikkka's Most Wanted", Ice Cube proved to the world that leaving N.W.A. was one of the best things to happen to his career, and he created 1990's best album as a result, BUT, when it comes to "Death Certificate", well, although it's slightly challenged by AMW, overall, "Death Certificate" is the better album. Cube did it all on this album (storytelling, gangsta tracks, social and political awareness) and he did it in spades.

Not much to say on this one, other than the fact that Common's "Resurrection" album is world's better than "Can I Borrow A Dollar".

I haven't talked much about Fat Joe on this blog have I? Well, I'm a fan, but mostly of his older material (and even his underrated 2010 album "The Darkside Vol. 1). "Represent" was a good start in 93, but fast forward to 95 and the release of "Jealous One's Envy". Not only was Joe at his very best (lyrically) and clearly inspired, but take a look at this lineup of producers for this album:

Although that's a small list, Fat Joe never sounded better in my opinion. "Don Cartegena", "Jealous One's Still Envy", and "The Darkside Vol. 1" were all very good, but they all pale in comparison to Joe's second album.

Well, this is probably one of the most easiest choices on this list. To say that "The Score" is better than "Blunted On Reality" is a complete understatement, no question. I've talked about Fugees' "The Score" often, and one thing I've made clear is that their first album in NO WAY comes close to being better in any form. Jadakiss' "Kiss Tha Game Goodbye" was a decent album. It does have its share of bangers, but when it comes to "Kiss Of Death", that album is better than "KTGG" overall. Lyrically he was still sharp and the production was on the same level as the first album, but I give the nod to "Kiss Of Death".

It's noted that "Juvenile Hell" is Mobb Deep's debut, but that album has NOTHING on 1995's "The Infamous". M.O.P.'s "To The Death" was one hell of a debut, but when paired against 1996's "Firing Squad", it loses. M.O.P. got more aggressive this time around, and hooking up with the legendary DJ Premier for the bulk of the production of this album worked wonders.

This may be the most controversial pick on this list. Yes, "Ready To Die" is a personal favorite of mine (my 13th favorite album of all time to be exact), but I have always liked "Life After Death" a little more than his debut. Both are classics, but this is mostly personal preference on this one.

A Tribe Called Quest's finest album, "The Low End Theory", is an all around much better album than its predecessor "People's Instinctive Travels and the Paths of Rhythm". There's no way in hell T.I.'s "I'm Serious" is better than "Trap Muzik", his best album. When it comes to UGK, "Super Tight" is where their rise to the top of Southern hip hop began, completely besting "Too Hard To Swallow".

Man, I went back and forth on this one quite a bit. Boogie Down Productions' "By All Means Necessary" is a classic in every sense of the word, and it has always come this close to being better than their "Criminal Minded" debut, but when you consider the amount of classics on the first album ("Poetry", "South Bronx", "The Bridge Is Over", "Criminal Minded", just to name a few), it edges things out, by a fairly small margin, but not in a blowout.

Freeway, dope lyrically and still underrated. 2003's "Philadelphia Freeway" is his best album to be sure, but man he definitely came close to besting that with 2007's "Free At Last". Lyrically he was still on point and the production was just as good as his debut if not better.

This is another one I went back and forth on, until this year that is! Ghostface Killah's "Ironman" and "Supreme Clientele" to this day still run neck and neck in terms of sheer awesome, BUT, I like "Ironman" better. "Supreme Clientele" is SO good that this pick can be interchangeable at any time.

"ATLiens" is excellent, 5 star album indeed, and it's the only album in Outkast's discography that comes close to being better than "Southernplayalisticadillacmuzik" (their best in my opinion). Some may disagree, and that's fine, but  "ATLiens" is not the better album in this case.

I know I may be leaving out some, but these are some of the first cases that immediately come to mind. Making an album that's better than your first is NOT easy, as only a select artists have achieved that feat. Not even Nas and Jay-Z's second albums were better than their first. And of course you can always add your picks in the comments section below!
Posted by Wayne M. at Monday, September 10, 2012