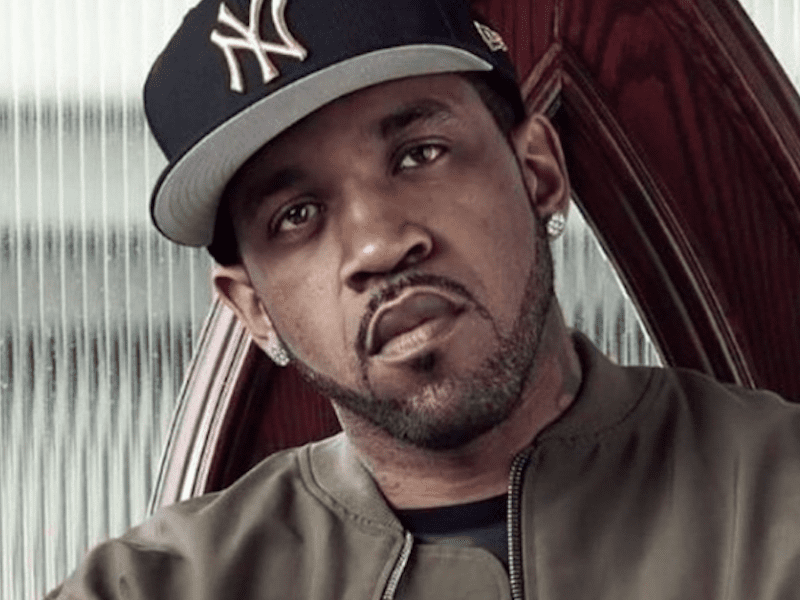 Basically the most underrated member of G-Unit, Lloyd Banks has managed to maintain a respectable, albeit low profile, career since his 2004 debut album "The Hunger For More". And lets face it, there's nothing talented about Tony Yayo, Young Buck had a short, but decent career, and we all know 50 Cent's history. Also known as the "punchline king", I feel he has changed up his flow over the years, as he can do more than just have each line be a punchline. His voice had noticeably changed since the first album too, which is a good or bad thing depending on your perspective. Lets take a look at his career, by the albums of course.

This was a fine debut album, coming at a time when G-Unit was one of the strongest forces in hip hop. I remember a few people saying at the time that Young Buck's debut, also released the same year, "Straight Outta Cashville", was the better album, but with hindsight being 20/20, I disagree with that. Banks proved he could hold down a solo album, and he did so with this one. Chinks in G-Unit's armor begin to show around the time this album came out. It made a little noise, but of course it couldn't hold a candle to his debut. He also switched up his voice, clearly, on this album (not sure why). The sophomore album is good, but could've been better.

Rating- About 3 stars or so.

5 favorite songs- Cake, Hands Up, You Know The Deal, Make A Move, & Survival Arriving a few years after "Rotten Apple", I anticipated this one a little more than others, but overall it was a very good album. It wasn't a continuation, of sorts, of its predecessor, but rather an update on it. It was also released quietly in 2010 (even with two hits in "Beamer, Benz, or Bentley" and "Start It Up"), plus it was released on the same day as Kanye West's "My Beautiful Dark Twisted Fantasy".

Since the release of HFM2, Banks has mainly been doing mixtapes, namely "Cold Corner 2" in 2011, which was very good, and most recently "V.6: The Gift", which I'll be checking out by the time you read this. It also doesn't seem like he and mentor 50 Cent are on the same page based on recent comments made by 50, but either way, Banks has managed to stay active in hip hop, and that's a good thing. If things don't work out with 50, I feel he should either attempt to start his own independent label or try to link up with a label that'll suit him and his talents. He's 30, so he still has a lot to contribute.
Posted by Wayne M. at Friday, August 03, 2012