We close out this BCC series by highlighting albums that were released post 2000. 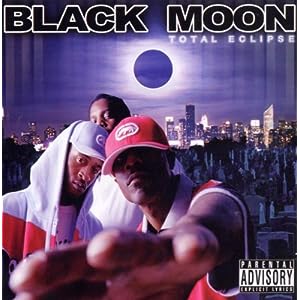 A borderline gem, this was another quiet release, this time in 2003, truly slept on. This was Black Moon's best album since 93's "Enta Da Stage". The production was on point, handled by member DJ Evil Dee (and Mr. Walt, as the Beatminerz), Buckshot sounded more inspired than he did on his own solo album (which I don't own, didn't care too much for it),  and 5FT was decent as well. Very good stuff here.

5 favorite songs- Pressure Iz Tight, That's The Way S*** Iz, Why We Act This Way, That's How It Iz, & Confusion Two very good collaboration albums from 9th Wonder & Buckshot. Both get 3.5 stars from me. As I seem to type before most of BCC's albums, this was another slept on album when it was released. KRS-One and Buckshot displaying some nice chemistry on this album, and if more people decided to check it out, they would be surprised, in a good way.

5 favorite songs- Robot, Clean Up Crew, The Way I Live, Connection, & One Shot After their largely forgettable and disappointing second album "Magnum Force", we get their 3rd album, released quietly in 2008. I haven't played this one in quite some time (and I'll be revisiting this soon), but I recall giving it 4 stars after the first listen, and we'll see if that rating still holds up. Pure dopeness when Pete Rock & Smif N Wessun got together for this collaboration album. Add the nice production from Pete Rock, a seemingly inspired Tek & Steele, along with a nice list of guest features, you got yourself a 4 star album.

Miscellaneous hits
The four Boot Camp Clik albums have been relatively hit and miss, especially the first album, 97's "For Da People". I'm not sure why they decided to not have production from the Beatminerz on the album, and aside from "Headz Are Reddee Pt. 2", this album was a large disappointment. "The Chosen Few", "The Last Stand", and "Casualties Of War" were all decent, but nothing special.

I never got around to checking out OGC's second album "The M-Pire Strikes Album", and according to most of the feedback, I wasn't missing anything.

I haven't checked out any of Tek's solo offerings, and the only Steele solo I heard was his "Amerikkka'z  Nightmare, Pt. 2", a decent, politically motivated album (it's good, but not good enough to make it a purchase for me). I also own "Smif N Wessun: Reloaded", and again, it's decent, but nothing special.

This crew has definitely made their mark in hip hop, 20 years (and counting) strong and they're still doing their thing. If there was a Hip Hop Hall of Fame, they would make it! Salute to the BCC!!!!!