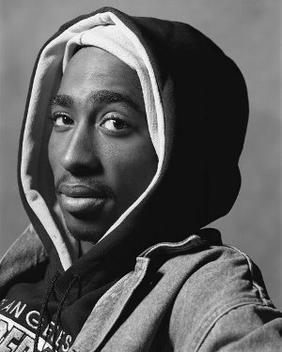 Rather than go in depth about one of the greatest artists of our time, I'm going to list the 10 words that can be used to describe the late great Tupac Shakur: This album was unlike anything else that came out in 91 for the most part, and it really didn't begin to sink in until years later. It was a great way to introduce Pac to the hip hop world on the solo level, and he delivered.

5 favorite songs- Brenda's Got A Baby, Trapped, Soulja's Story, If My Homie Calls, & Words of Wisdom 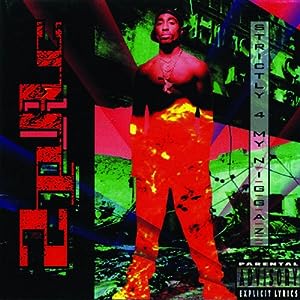 An excellent sophomore album from Pac (clearly no sophomore jinx). 93 going into 94, "I Get Around" and "Keep Ya Head Up" received steady rotation on the radio and TV, and both songs are still played on the radio today.

5 favorite songs- I Get Around, Keep Ya Head Up, Holler If Ya Hear Me, Point the Finga, & Last Wordz This was the first album to reach number one while said artist was incarcerated, but that's not what made this album so good. Pac was at his introspective best on "Me Against The World" and it's home to most of his best material. Such an extraordinary piece of work. Hip hop's first double album, as far as I'm concerned and Pac's first for Death Row, this album is excellent all around (aside from one horrible song in "What'z Ya Phone #, which SHOULD'VE been left off this album), and fresh out of prison, Pac was still at the top of his game, lyrically, and to this day, I still feel the decision to make this a double album was more than justified. Not only was I in complete shock and disbelief when I heard that he had died as a result of the shooting in Las Vegas in September 1996, I was legit surprised when I heard this album was coming out, as I certainly didn't know what to expect from it, and now when I think about it, I don't think I've felt that way about another album since. Either way, as Pac's last true studio album, it was another excellent album in his discography and it still holds up today.

With all due respect, I decided not to do the albums that were released after the Makaveli for obvious reasons, mostly due to Pac not being here to oversee them or enjoy their success. And don't get me wrong, it's not that I don't have too much to say about Pac, but after documentaries, articles, interviews, etc, about him (even from the man himself), what more can I say about this legend. His career speaks for itself and he remains an influence to this day. His legacy continues to live on!