Ghostface Killah is my favorite member of the Wu-Tang Clan and he's certainly on his way to being my #3 favorite artist of all time. This man has one of the most stellar discographies in hip hop, and he certainly has a damn good track record of consistency. His knack for interesting storytelling skills, unique but entertaining lyrics, as well as a tremendous ear for beats, have always been his strong points. And speaking of his discography, you just know I gotta talk about it!!!!!

Wayne's Words- This album is one of many from 1996 that carries a STRONG nostalgic vibe with me and it remains to this day. This debut album is excellent all around and the ONE thing that was missing, in my opinion, is "Who's The Champion" from the Great White Hype soundtrack. I also have a funny story I want to share about this album. In November of 96, around the same time when Mobb Deep released "Hell On Earth", in what was the last cassette I ever bought before I converted to CDs (full time, lol), I tried to "organize" a trade with my long time friend Andre who had bought "Ironman" around the same time. He kept telling me how TIGHT Ghost's album was, and out of nowhere I was like, "wanna trade, I'll give you the Mobb Deep joint for Ironman!" He was like, "ha ha, naw bruh!!" (LOL). I'll always remember that.

*Personal fact
I received this album as a Christmas gift in 96 and it's the same CD I still have today. 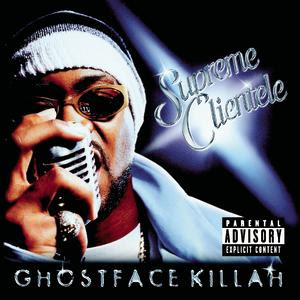 Wayne's Words- An EXCELLENT follow up to "Ironman". I've always went back and forth about which album was better, and in certain ways I'm still undecided. This may have been the best album of 2000, as Ghost essentially became the most popular member of the Wu around this time. I couldn't wait till this album was released and I was happy as HELL when I finally bought it. 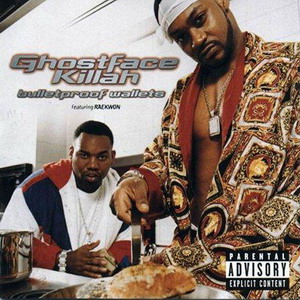 Wayne's Words- I missed the initial release date, so I ended up buying this album on Friday, the week of its release. Needless to say, I was satisfied with this album. It was very good although it was hugely slept on when it came out (hip hop was rapidly changing at this point on many levels). Ghost even mentioned on his next album "love my last album though the s*** went wood". Wayne's Words- The excellence continues, as Ghost returned in 2004 and dropped this one. His attempts at commercial success ("Tush" w/ Missy Elliot) honestly didn't garner him the attention he was seeking, but it didn't affect the quality of this album, and I recall enjoying the hell out of this one when I first listened to it.

Personal fact
*I bought this album on the day it was released. Wayne's Words- Man, I guess the E in Ghostface stands for excellent, because it certainly continues on this album as well. This was definitely his best album since "Supreme Clientele", and that was even alluded to during the Rocky III influenced intro to the awesome "The Champ" ("you ain't been hungry since Supreme Clientele!!!"). And one thing I didn't mention during the previous albums, the production, as well as the lyrics, are supremely on point, no question. 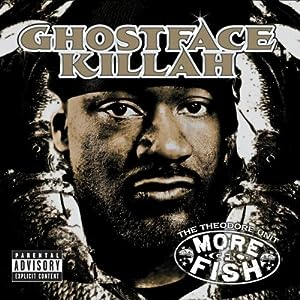 Wayne's Words- I was surprised to see this one released in 2006 (the same year as "Fishscale") and I bought this one about a year or so later, respectively. It's decent, but not one of this better efforts, or you can say this was essentially a collection of tracks that didn't make "Fishscale".

5 favorite songs- Ghost Is Back, Back Like That (Remix), Miguel Sanchez, Street Opera, and Guns N Razors 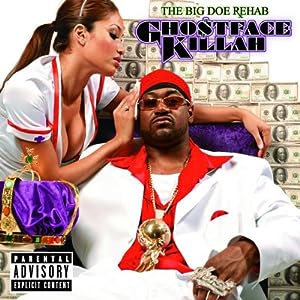 Wayne's Words- And we return to the excellence with this slept on gem from 2007. Is it me or does it seem like Ghost had gotten exceptionally better with each album? Talk about putting your heart and soul into your craft.

Two things happened regarding this album. 1) Remember back when MySpace was the hot social networking site of the day? Ghost did post a video on his page where he expressed disappointment that most of the fans were illegally downloading the album:

2) This album was released a week before Wu-Tang's largely disappointing "8 Diagrams" album, and a few of the members, including Raekwon and Ghost, were not happy with RZA's direction of the album and I didn't blame them at all. 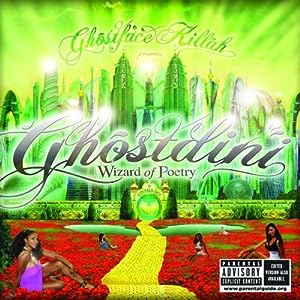 Wayne's Words- Not that I wasn't checking for it, but in an interesting happening, I didn't hear about this album until one of my former co-workers at a previous job told me about it! I ended up buying it a few weeks later, and to hear Ghostface do it "R&B style with a hip hop twist" was certainly something to behold. I definitely gave him props for his creativity, he pulled it off pretty well. I also may revisit this at some point, because the only time I've played it was when I first bought it.

Wayne's Words- This was an instant pre-order for me when I learned of the details of the album. Again, Ghostface didn't disappoint me here, another excellent album in a long list of them in his discography. Unfortunately in a VERY different hip hop world, this album, much like a few of his recent releases, was very slept on, but it was still one of the best albums of 2010.

Wow, and I was smiling the entire time I was creating this, and with good reason. Ghostface Killah is one of the most consistent artists to ever grace a mic and I have a feeling that track record is going to continue, especially if he releases "Supreme Clientele 2" and/or "Supreme Clientele Presents.... Blue & Cream: The Wally Era".