In a group I participate in on Facebook titled "The Barbershop" (great group), I posted a news link about Mobb Deep's Prodigy and Jim Jones of the Diplomats having plans to release a collaboration album together. I'm a fan of both artists, so this is another one of those "collabo albums" I'll believe when I see it. A fellow poster in the group made a comment about Jim Jones and French Montana possibly being "new versions" of Noreaga, and that's where this topic comes in.

Noreaga, along with Capone, have seen his fair share of ups and downs in his career. He's had his fair share of solo success, but unfortunately we can't say the same for Capone. Together they always seemed to bring the best out of each other, and outside of Capone, I can't recall any other artist Nore has had better chemistry with. There has been quite a few breakups and reunions, some due to external factors (Capone being sentenced to prison right around the time "The War Report" was released in 1997), but overall, they were a very good duo. 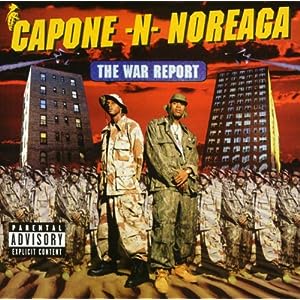 Wayne's Words- Released in 1997, this excellent debut album can arguably be considered one of the last East Coast releases that still maintained that unmistakable sound that was very familiar to long time fans. Due to Capone's incarceration, he was not present that much on this album, neither was he around to reap the success as well. That's not to say that Noreaga along with respectable collaborators such as Tragedy, Iman Thug, and Mobb Deep didn't do a damn good job with this album, because they did. In addition to his solo debut, which I'll also cover, this is the best Noreaga has sounded on record in his career. And we can't forget about Nore, Mobb Deep, and Tragedy essentially standing up for New York and the East Coast (at a time when the East & West Coast tension was still at an all time high) with the classic "L.A L.A". 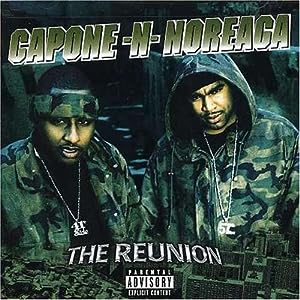 Wayne's Words- It had been two and a half years since their debut, and when they returned for this 2000 release, it was all love. They didn't come half assed with this album, as they were still on top of their game all things considered. Lyrically, Nore was a little different (and I'll touch on this a little more when I get to his solo albums), but he seemed very energetic and inspired when paired with Capone again and it shows on this album. Another excellent effort.

(Note: I never bothered to check out their 3rd album "Channel 10", for all intents and purposes, based on the feedback, I'm not missing anything.) 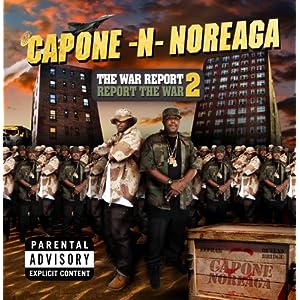 Wayne's Words- Although this album received little to no promotion when it was released in 2010, it's still a VERY worthy sequel to the original. Is it on the same level or even close? No. Overall, it's almost just as good. I would go out on limb and say when talking about "hip hop sequels", this album should be mentioned, just like "Only Built 4 Cuban Linx Pt. 2". And speaking of Raekwon, he made 3 guest appearances on this album and served as the Executive Producer (this was released on his Ice H20 label).

5 favorite songs- With Me, Bodega Stories, Dutches vs. Phillies vs. Bamboo, Brother From Another, and The Oath

(Another note: I never checked out any of Capone's solo material, if any exists, and that's no knock on him. I'll be focusing on Noreaga's first 3 solo albums to close out this topic.) 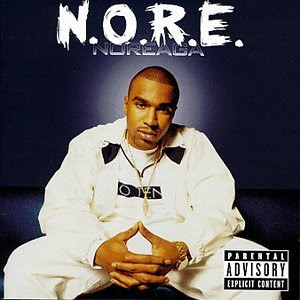 Wayne's Words- This album carries a strong nostalgic vibe from 98, much like the first War Report. Backed by very solid production (Swizz Beatz, The Neptunes, in one of their first break out tracks, L.E.S., Trackmasters, Dame Grease, etc), a list of top notch guests (Nas, Busta Rhymes, Kool G Rap, The Lox, Cam'ron, Big Pun, etc), what resulted was an excellent showcase for Noreaga.

5 favorite songs- Banned From TV, Body In The Trunk, N.O.R.E., Superthug, and It's Not A Game I no longer own this album, and when I did, I thought it was fairly decent. With hindsight being 20/20, that's no longer the case. Time has clearly NOT been kind to this album at all, but it did have a small hit in "Oh No". This is a true definition of a sophomore jinx, confirmed by Noreaga himself on The Reunion's "Invincible" ("Melvin Flynt dropped, my whole collasso stopped/ I can't believe I f***** up and made a half-ass album/ My excuse is, my pops just died, and I ain't wanna make music My pops just died/My fans stuck with me, my s*** still went gold")

Basically, "Oh No" and "Bloody Money Pt. 3" were the sole highlights. 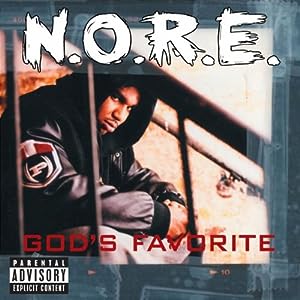 I no longer own this album either, and when I first played it I was not impressed too much, however, when I think back to 2002, I do remember "Nothin" and to a smaller extent "Grimey" receiving constant radio play.

If "The War Report 2: Report The War" is CNN's final album together, in my opinion they went out well, although it largely felt on deaf ears. We'll see what the future holds, but I wouldn't be surprised if they release another album together, and honestly, I'm not checking for any Noreaga solo material. With the exception of Nore's 2nd and 3rd albums and CNN's "Channel 10", the remainder of this discography is overall excellent
Posted by Wayne M. at Wednesday, June 27, 2012