Never at a lose for words, 50 Cent has experienced his fair share of ups and downs during his mostly successful career, and I've been a fan through it all! To go from an unknown commodity who dropped a single that made everyone including Jay-Z take notice ("How To Rob") to changing the mixtape game and later having such a HUGE buzz where he was literally the hottest thing in hip hop is quite the success story. And one can't forget his brushes with the law in his past, as well as taking 9 shots in front of his grandmother's house, and managed to survive. So his story, street credibility, and later business acumen is the stuff of legend. One of 2003's best albums, "Get Rich Or Die Tryin" (more on this album later), was a huge success, selling 872,000 copies in its first week, then later going on to sell an astounding 8 million copies worldwide. Talk about one of the most successful debuts of all time. And with success, some controversy is bound to emerge. After unanimously winning the "battle" against Ja Rule, not only did 50's star continue to rise, but he also became a hypocrite in the process (and this was one of my main complaints against him), by essentially doing most of what Ja Rule did but only being more successful at it (R&B influenced songs & hooks, collaborating with largely pop artists). At one time he ridiculed Ja for those same things, but 50 turned around and did it himself. That was never a good look.

Within recent years, it seemed like the hip hop world has largely passed him by, and honestly the last time 50 was a "hot topic" was when his 3rd album "Curtis" was released in September 2007, head to head with Kanye West's excellent "Graduation" album. Just about everyone I know (with the exception of myself, lol) has looked at his discography as if to say "it's Get Rich Or Die Tryin" and everything else. I have a different view on things. Wayne's Words- In what was supposed to be 50's debut on Columbia in 2000, this album was supposed to have put 50 on the map, but the all too familiar "label issues" had this one on the shelf indefinitely. It's still a very good album though. I recall 50 saying in an interview with XXL magazine in 2009 that he was planning to re-record all the vocals on this album and re-release it. Nothing has been mentioned about it since and it'll probably never see a retail release.

5 favorite songs- That Ain't Gangsta, You're Life's On The Line, How To Rob, Ghetto Qu'ran, and I'm A Hustler 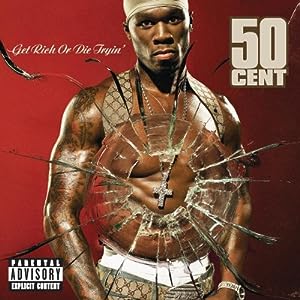 Wayne's Words- In February 2003, I really anticipated this release, and although I bought it the week it came out (on a Friday), I had missed the release that had the bonus DVD that came with it. Either way, this was an excellent album, no question. I was really impressed with his hunger on this album, and sadly, he'll probably never release anything quite on this level again.

5 favorite songs- Back Down (SEALED Ja Rule's fate), Heat, If I Can't, Patiently Waiting, & What Up Gangsta

Personal fact
*Including the week of its release, I bought this album a whooping 4 times. 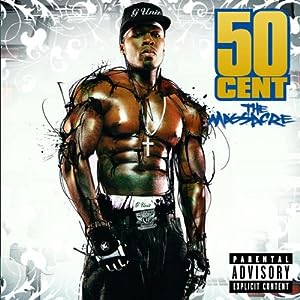 Wayne's Words- Talk about an album that received largely mixed reviews when it was released. This may be the definition of "sophomore jinx" to a lot a people, and while the album was very good in my opinion, commercially it was another story altogether, moving an incredible 1.14 million copies in it's first week. I know 50 and others in hip hop would kill to move those type of units today. G-Unit was still one of the hottest things in hip hop in 2005.

Rating- I previously had this one at 4 stars, but it comfortably sits at a respectable 3.5 star rating.

Personal fact
*In addition to the day of its release, overall I bought this album 3 times. 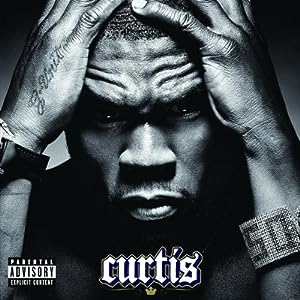 Wayne's Words- As mentioned above, this album was released the same day as Kanye's "Graduation" and although 50 lost, critically (Kanye clearly had the superior album) and commercially (it still moved 691,000 units in its first week), he hadn't yet faded into musical obscurity.

Rating- A complete 3 stars, which may be generous to some.

5 favorite songs- I Get Money, Fully Loaded Clip, My Gun Go Off, Man Down, and Movin On Up. 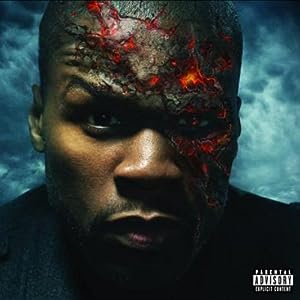 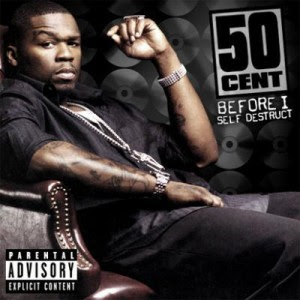 Wayne's Words- Things had clearly changed for 50 around the time this album came out. The was literally no buzz surrounding this album and I don't think anyone other than myself was anticipating it. It got pushed back a few times, which resulted in 160,000 copies sold in its first week, the lowest first week sales in 50's career. Either way, it's rather excellent and I consider it to be his most underrated album. And please don't get me started on the film that accompanied it (the same title of the album) and it was one of the worst "films" I've ever seen, even with 50 in it.

Personal fact
*I initially had this downloaded, but never listened to it. So one day (either late 2009 or early 2010, I have to check my receipt archive, lol), I went to my local FYE and previewed it, only thing it wasn't a "real" preview because one side of the headphones didn't work. So, I went back home and listened to the downloaded version with the intention of buying it, and needless to say,  I liked it, so much so that I went BACK out, this time to Target, and purchased the album, lol. All that traveling, lol!

Wayne's Words- 2003 was definitely a great year for 50 Cent and G-Unit, and this album basically came out at a good time. Very good release and I'm glad Tony Yayo didn't play a major role in it, whether he was locked up or not. 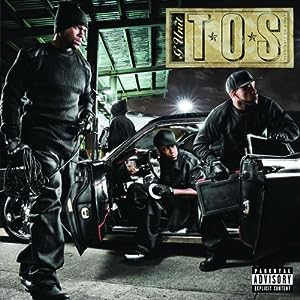 Wayne's Words- Yes, I did buy this one and outside of a few songs, this one doesn't carry any replay value whatsoever, honestly.

The sole highlights on this album are I Like The Way She Do It, Terminate on Sight, and Ready Or Not.

Wayne's Words- This was a very good, albeit slightly slept on, soundtrack, but it still produced a few hits.

5 favorite songs- Window Shopper, Hustler's Ambition, I'll Whip Ya Head Boy, Talk About Me, and Have A Party 50 Cent's next album, shown above, is scheduled to be released on July 3rd. I'm honestly not sure what to expect from this album, as there have been no songs, videos, or promotion for it, although I do expect 50 to begin promoting it as the release date draws near. A tracklist hasn't been provided as of yet either, which may be a good or bad thing. 50 stated whether he has the support of Interscope Records or not, he's still going to put this out, and while it may hurt him a bit, I respect the move. Once more details become available, I'll be pre-ordering it, you can believe that!