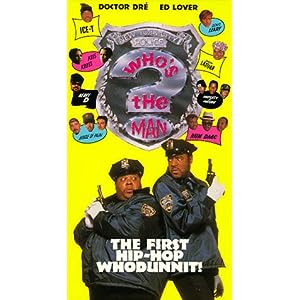 This is one of my favorite hip hop influenced movies of all time. I remember when I seen it the first time and thought it was hilarious, and in my opinion it still holds up today. Sure, the storyline wasn't spectacular to say the least, but Doctor Dre and Ed Lover more than make up for in their roles going from lowly barbers to, lol, cops. The cast, composed of seemingly random hip hop acts from the late 80s-early 90s, isn't what I would call the "hottest" artists in 1993. Denis Leary, who starred in movies such as "Judgement Night", "Demolition Man", etc, was funny as hell as Sergeant Cooper. Today, this movie may still receive mixed reviews from most, but its goal was to make you laugh, and with that being said, it succeeded.
Posted by Wayne M. at Tuesday, May 29, 2012