In 1994, Fugees dropped what can be considered an unspectacular debut album, "Blunted On Reality". All things considered, the classic remix to "Nappy Heads" and "Vocab" essentially saved that album from complete obscurity. With the lackluster response the album received, any other group would've been done, however, considering the talents of Wyclef Jean, Lauryn Hill, and Pras, they weren't done yet. 1996 arrived and the rest is history. "The Score" was released and not only did their fanbase increase, they also stepped up their game, musically, all around and were better than they were in 94. "The Score" has always been a personal favorite of mine, and anytime I listen to it today, it instantly takes me back to 96. This is another album where there are classics up and down the lineup (I love to say that, lol), such as "How Many Mics", "Ready Or Not", "Killin Me Softly", "Fu-Gee-La", etc. True 5 star classic in every sense of the word. And again, things didn't stop there. Wyclef was still in "Fugee mode" when he dropped "The Carnival" in 1997. Now, the interesting thing about this album is that I didn't hear it initially when it came out. I heard some of the songs from the album at the time (We Trying To Stay Alive, Guantanamera, Apocalypse, Anything Can Happen, Gone Till November, and Year Of The Dragon), but I never got around to buying the album, till a few days ago (lol). It's an excellent album, especially from a production standpoint. I always felt Wyclef was slightly underrated as a producer. 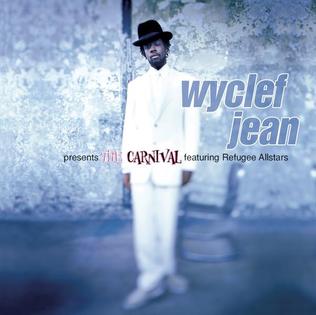 Lauryn Hill released one of 1998's best albums, "The Miseducation of Lauryn Hill", and as I've mentioned often during this post, it's an excellent album from start to finish. All of the praise she received because of this album was well deserved. Word has it that she plans to release a new album at some point in the future. While that remains to be seen (I feel she can pull it off), even if she never releases another album, her solo work as well as her work with Clef and Pras will always be remembered. And last but certainly not least, I haven't said much about Pras. That's no knock on him. He was fairly decent on the mic, but outside of "Ghetto Supastar", he was never able to reach the level of success he did when he was alongside Lauryn & Clef. His contributions to the group will be remembered also. Overall, the Fugees will definitely go down as one of the greatest groups of all time. Their ability to incorporate elements of hip hop, R&B/Soul, reggae, and jazz in such a creative and entertaining form was always a treat to listen to and it still is today.
Posted by Wayne M. at Sunday, May 27, 2012